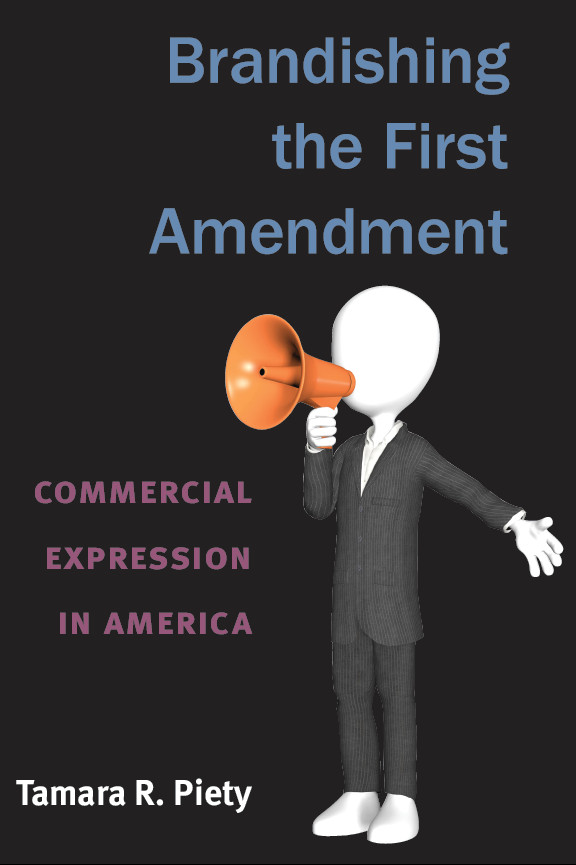 You do not have access to this book. How to get access.
Over the past two decades, corporations and other commercial entities have used strategic litigation to win more expansive First Amendment protections for commercial speech—from the regulation of advertising to the role corporate interests play in the political process, most recently debated in the Supreme Court case of Citizens United v. Federal Election Commission. Tamara R. Piety, a nationally known critic of commercial and corporate speech, argues that such an expansion of First Amendment speech rights imperils public health, safety, and welfare; the reliability of commercial and consumer information; the stability of financial markets; and the global environment.

Beginning with an evaluation of commonly evoked philosophical justifications for freedom of expression, Piety determines that, while these are appropriate for the protection of an individual's rights_,_ they should not be applied too literally to commercial expression because the corporate person is not the moral equivalent of the human person. She then gathers evidence from public relations and marketing, behavioral economics, psychology, and cognitive studies to show how overly permissive extensions of First Amendment protections to commercial expression limit governmental power to address some of the major social, economic, and environmental challenges of our time.

"The timeliness of the topic and the provision of original positions are sure to make the book a valuable contribution that should draw much attention."