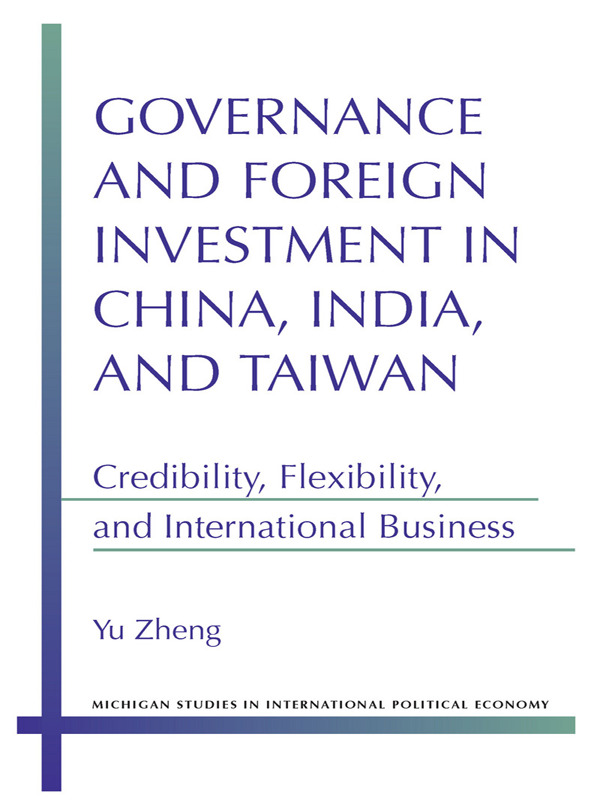 Yu Zheng 2014
Yu Zheng challenges the idea that democracy is the prerequisite for developing countries to attract foreign direct investment (FDI) and promote economic growth. He examines the relationship between political institutions and FDI through the use of cross-national analysis and case studies of three rapidly growing Asian economies with a focus on the role of microinstitutional "special economic zones" (SEZ).

China's authoritarian system allows for bold, radical economic reform, but China has attracted FDI largely because of its increasingly credible investment environment as well as its central and local governments' efforts to overcome constraints on investment. India's democratic institutions provide more political assurance to foreign investors, but its market became conducive to FDI only when the government adopted more flexible investment policies. Taiwan's democratic transition shifted its balance of policy credibility and flexibility, which was essential for the nation's economic takeoff and sustained growth.

Zheng concludes that a more accurate understanding of the relationship between political institutions and FDI comes from careful analysis of institutional arrangements that entail a trade-off between credibility and flexibility of governance.