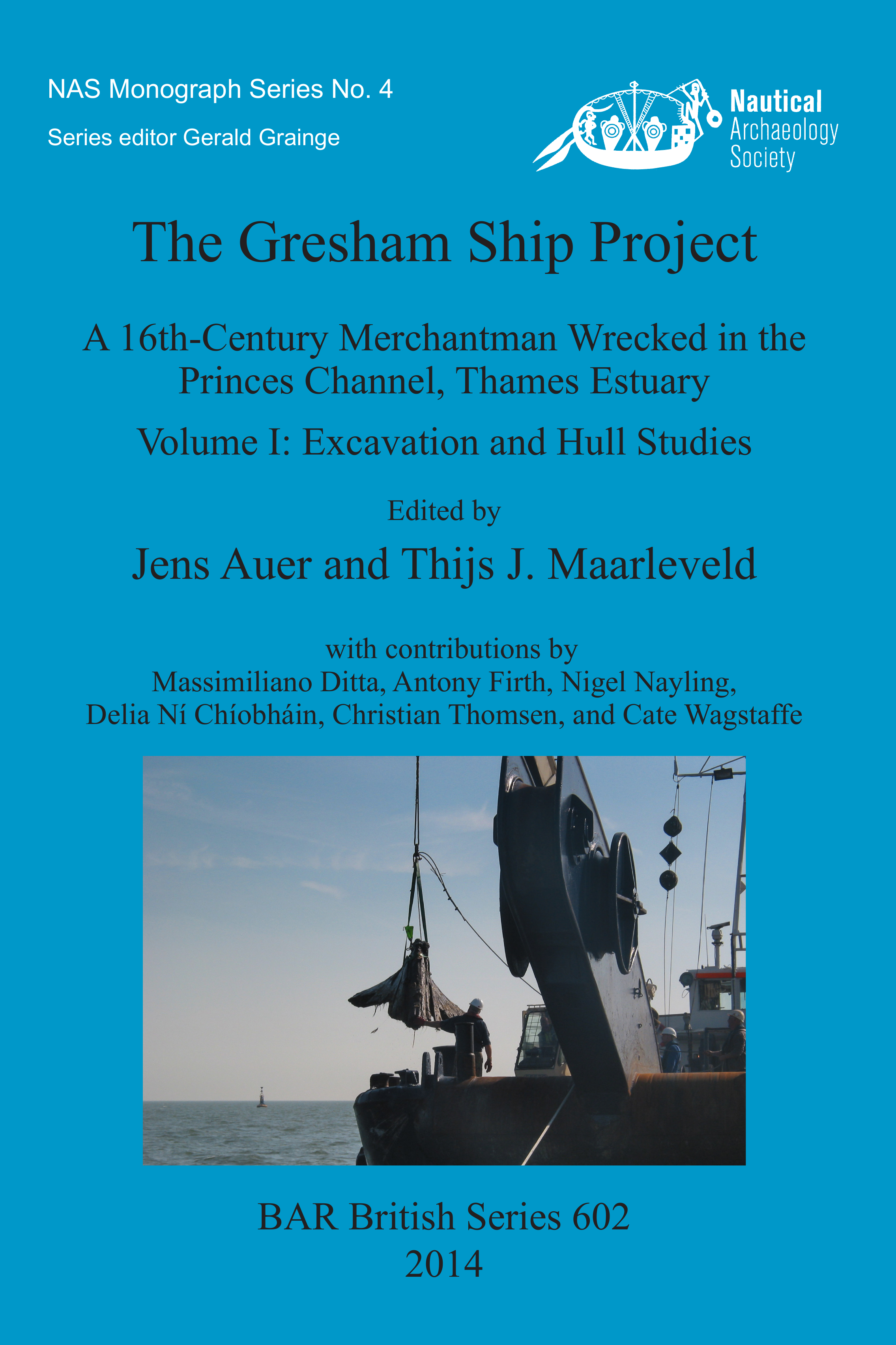 The Gresham Ship Project: A 16th-Century Merchantman Wrecked in the Princes Channel, Thames Estuary Volume I: Excavation and Hull Studies

You do not have access to this book. How to get access.
Sometime in the late 16th century an armed merchantman foundered in the Thames Estuary. Forgotten for over four centuries, it was rediscovered in 2003 during an operation by the Port of London Authority to clear a navigational hazard from the Princes Channel. Wessex Archaeology, called in by the PLA, recovered five sections of the ship's hull and four cannons, as well as numerous artefacts.

With only a few sites studied in detail, our knowledge of 16th century shipbuilding in England is still limited. The well-preserved wreck of the Gresham Ship – so named after the founder of one of the cannons – presents an excellent opportunity to study the construction of a merchant vessel from this period. In addition, the wreck is currently the only archaeological example of a remedial procedure for unstable ships, otherwise known only from documentary sources. This procedure, called 'furring', increases the breadth of the hull by removing the planking, adding timbers to the existing frames and re-planking.

This volume, the first of two on the Gresham Ship, gives a detailed account of the sections of the wreck recovered and describes the work of researchers at the University of Southern Denmark in their analysis of the hull and of the armament. Volume II will deal with the studies undertaken at the University College London of the ship's context and contents.

This volume is the fourth of a series of NAS monographs. Others previously published are The Sound of Mull Archaeological Project, Records of Traditional Watercraft from South and West Sri Lanka and The Hulks of Forton Lake, Gosport.