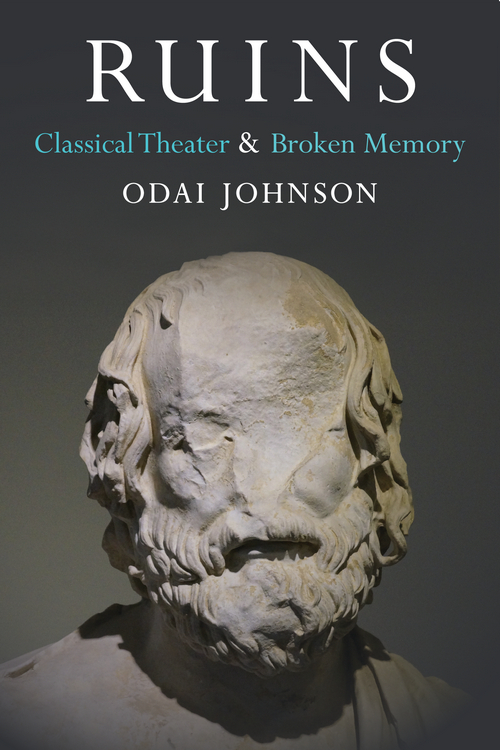 Odai Johnson 2018
Much of the theater of antiquity is marked by erasures: missing origins, broken genres, fragments of plays, ruins of architecture, absented gods, remains of older practices imperfectly buried and ghosting through the civic productions that replaced them. Ruins: Classical Theater and Broken Memory traces the remains, the remembering, and the forgetting of performance traditions of classical theater. The book argues that it is only when we look back over the accumulation of small evidence over a thousand-year sweep of classical theater that the remarkable and unequaled endurance of the tradition emerges. In the absence of more evidence, Odai Johnson turns instead to the absence itself, pressing its most legible gaps into a narrative about scars, vanishings, erasures, and silence: all the breakages that constitute the ruins of antiquity.

In ten wide-ranging case studies, theater history and performance theory are brought together to examine the texts, artifacts, and icons left behind, reading them in fresh ways to offer an elegantly written, extended meditation on "how the aesthetic of ruins offered a model for an ideal that dislodged and ultimately stood in for the historic."