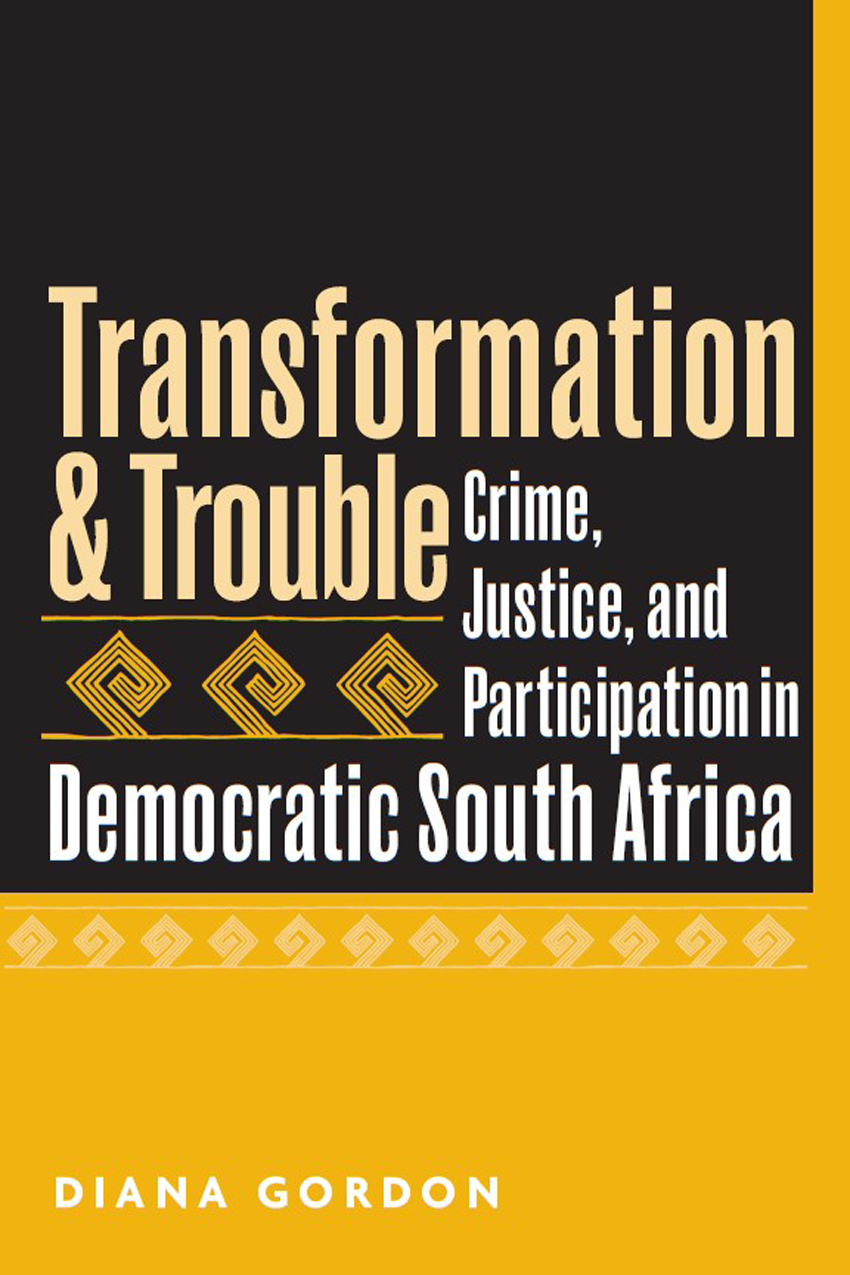 You do not have access to this book. How to get access.
Crime is one of the major challenges to any new democracy. Violence often increases after the lifting of authoritarian control, or in the aftermath of regime change. But how can a fledgling democracy fight crime without violating the fragile rights of its citizens? In Transformation and Trouble, accomplished theorist and criminal justice scholar Diana Gordon critically examines South Africa's efforts to strike the perilous balance between democratic participation and social control.

South Africa has made great progress in pursuing the Western ideals of participatory justice and due process. Yet Gordon finds that popular concerns about crime have fostered the growth of a punitive criminal justice system that undermines the country's rights-oriented political culture. Transformation and Trouble calls for South Africa to reaffirm its commitment to public empowerment by reforming its criminal justice system-an approach, she argues, that would strengthen the country's new democracy.

"An eloquent, critical, but ultimately optimistic, analysis of the democratization of crime and justice in post-apartheid South Africa."

"A must read for understanding contemporary South Africa's agonizing dilemmas as it struggles to reconcile crime control with democratic values."

"Gordon's vast experience with criminal justice illuminates her cautionary tale of the search for a new way in south Africa."