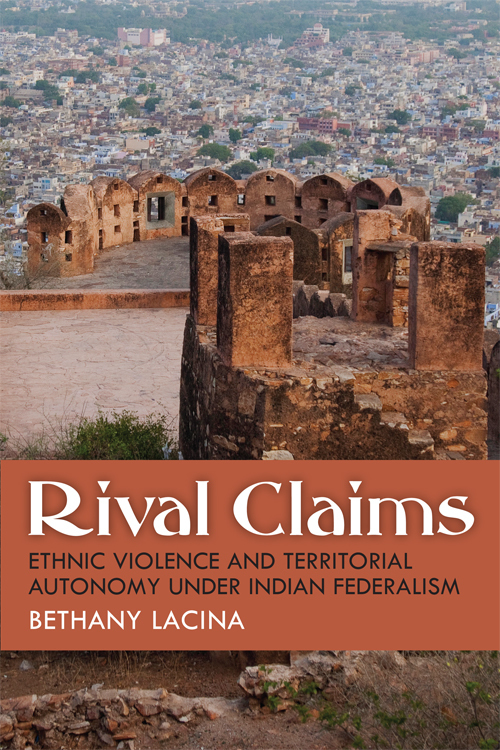 Bethany Lacina 2017
In this study of struggles for ethnoterritorial autonomy, Bethany Lacina explains regional elites' decision whether or not to fight for autonomy, and the central government's response to this decision. In India, the prime minister's respective electoral ties to separate, rival regional interests determine whether ethnoterritorial demands occur and whether they are repressed or accommodated.

Using new data on ethnicity and sub-national discrimination in India, national and state archives, parliamentary records, cross-national analysis and her original fieldwork, Lacina explains ethnoterritorial politics as a three-sided interaction of the center and rival interests in the periphery. Ethnic entrepreneurs use militancy to create national political pressure in favor of their goals when the prime minister lacks clear electoral reasons to court one regional group over another. Second, ethnic groups rarely win autonomy or mobilize for violence in regions home to electorally influential anti-autonomy interests. Third, when a regional ethnic majority is politically important to the prime minister, its leaders can deter autonomy demands within their borders, while actively discriminating against minorities.

Rival Claims challenges the conventional beliefs that territorial autonomy demands are a reaction to centralized power and that governments resist autonomy to preserve central prerogatives. The center has allegiances in regional politics, and ethnoterritorial violence reflects the center's entanglement with rival interests in the periphery.