You don't have access to this book. Please try to log in with your institution. Log in
Read Book Buy Book
"Colbert has long been celebrated as Louis XIV's minister of finance, trade, and industry. More recently, he has been viewed as his minister of culture and propaganda. In this lively and persuasive book, Jake Soll has given us a third Colbert, the information manager."

"Jacob Soll gives us a road map drawn from the French state under Colbert. With a stunning attention to detail Colbert used knowledge in the service of enhancing

"Nowadays we all know that information is the key to power, and that the masters of information rule the world. Jacob Soll teaches us that Jean-Baptiste Colbert had grasped this principle three and a half centuries ago, and used it to construct a new kind of state. This imaginative, erudite, and powerfully written book re-creates the history of libraries and archives in early modern Europe, and ties them in a novel and convincing way to the new statecraft of Europe's absolute monarchs."

"Brilliantly researched, superbly told, and timely, Soll's story is crucial for the history of the modern state."

When Louis XIV asked his minister Jean-Baptiste Colbert---the man who was to oversee the building of Versailles and the Royal Academy of Sciences, as well as the navy, the Paris police force, and French industry---to build a large-scale administrative government, Colbert created an unprecedented information system for political power. In The Information Master, Jacob Soll shows how the legacy of Colbert's encyclopedic tradition lies at the very center of the rise of the modern state and was a precursor to industrial intelligence and Internet search engines.

Soll's innovative look at Colbert's rise to power argues that his practice of collecting knowledge originated from techniques of church scholarship and from Renaissance Italy, where merchants recognized the power to be gained from merging scholarship, finance, and library science. With his connection of interdisciplinary approaches---regarding accounting, state administration, archives, libraries, merchant techniques, ecclesiastical culture, policing, and humanist pedagogy---Soll has written an innovative book that will redefine not only the history of the reign of Louis XIV and information science but also the study of political and economic history. 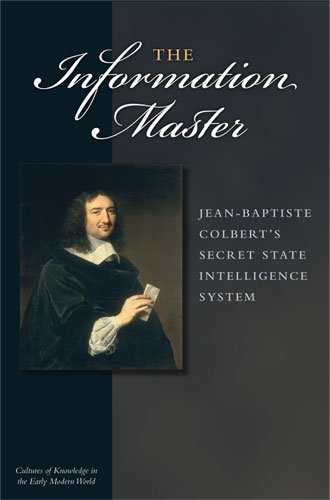