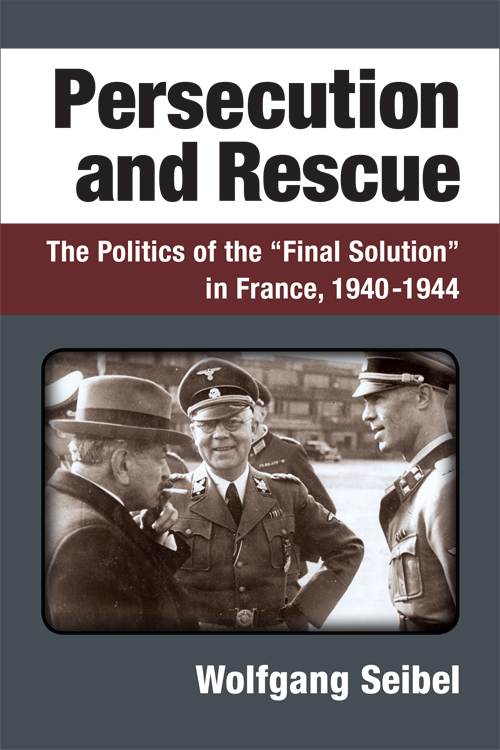 Persecution and Rescue: The Politics of the "Final Solution" in France, 1940-1944

Wolfgang Seibel 2016
In 1942, two years after invading France, the Germans implemented their policy of exterminating the Jews. In contrast to Jews in many parts of German-occupied Europe, however, the majority of Jews in France survived, thanks to opposition to the Nazi extermination policy from Church dignitaries and the moral indignation of the average Frenchmen. Seeking to maintain popular support, the Vichy Regime bargained with the Germans over the substance and extent of its collaboration, which the Germans needed in order to hold France.

Translated from the German and drawing on German and French sources, Wolfgang Seibel traces the twisted process of political decision-making that shaped the fate of the Jews in German-occupied France during World War II. By analyzing the German-French negotiations, he reveals the underlying logic as well as the actual course of the bargaining process as both the Vichy Regime and the Germans sought a stable relationship. Yet that relationship was continually reshaped by the progress of the war, Germany's deteriorating prospects, France's economic and geopolitical position, and the Vichy government's quest for domestic political support. The Jews' suffering intensified when the Germans had the upper hand; but when the French felt empowered, the Vichy Regime stopped collaborating in the completion of the "final solution." Persecution and Rescue: The Politics of the "Final Solution" in France, 1940–1944 demonstrates the ways in which political circumstances can mitigate—or foster—mass crime.