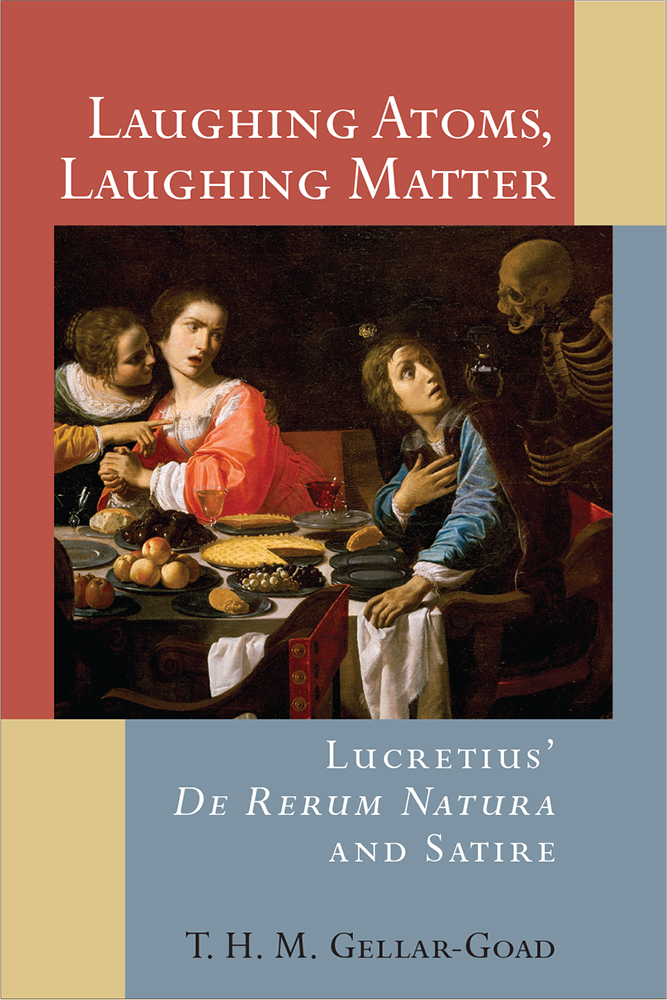 T. H. M. Gellar-Goad 2020
Laughing Atoms, Laughing Matter: Lucretius' De Rerum Natura and Satire offers the first comprehensive examination of Roman epic poet Lucretius' engagement with satire. Author T. H. M. Gellar-Goad argues that what has often been understood as an artfully persuasive exposition of Epicurean philosophy designed to convert the uninitiated is actually a mimesis of the narrator's attempt to effect such a conversion on his internal narrative audience—a performance for the true audience of the poem, whose members take pleasure from uncovering the literary games and the intertextual engagement that the performance entails.

Gellar-Goad aims to track De Rerum Natura along two paths of satire: first, the broad boulevard of satiric literature from the beginnings of Greek poetry to the plays, essays, and broadcast media of the modern world; and second, the narrower lane of Roman verse satire, satura, beginning with early authors Ennius and Lucilius and closing with Flavian poet Juvenal. Lucilius is revealed as a major, yet overlooked, influence on Lucretius.

By examining how Lucretius' poem employs the tools of satire, we gain a richer understanding of how it interacts with its purported philosophical program.