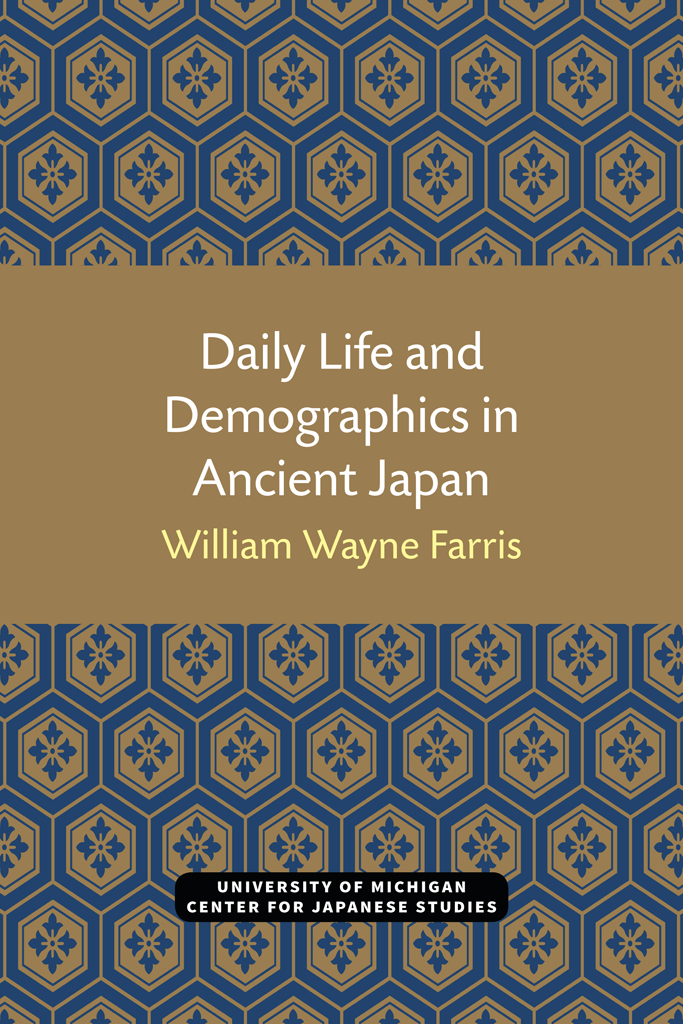 Open Access
For centuries, scholars have wondered what daily life was like for the common people of Japan, especially for long bygone eras such as the ancient age (700–1150). Using the discipline of historical demography, William Wayne Farris shows that for most of this era, Japan's overall population hardly grew at all, hovering around six million for almost five hundred years.

The reasons for the stable population were complex. Most importantly, Japan was caught up in an East Asian pandemic that killed both aristocrat and commoner in countless numbers every generation. These epidemics of smallpox, measles, mumps, and dysentery decimated the adult population, resulting in wide-ranging social and economic turmoil. Famine recurred about once every three years, leaving large proportions of the populace malnourished or dead. Ecological degradation of central Japan led to an increased incidence of drought and soil erosion. And war led soldiers to murder innocent bystanders in droves.

Under these harsh conditions, agriculture suffered from high rates of field abandonment and poor technological development. Both farming and industry shifted increasingly to labor-saving technologies. With workers at a premium, wages rose. Traders shifted from the use of money to barter. Cities disappeared. The family was an amorphous entity, with women holding high status in a labor-short economy. Broken families and an appallingly high rate of infant mortality were also part of kinship patterns. The average family lived in a cold, drafty dwelling susceptible to fire, wore clothing made of scratchy hemp, consumed meals just barely adequate in the best of times, and suffered from a lack of sanitary conditions that increased the likelihood of disease outbreak. While life was harsh for almost all people from 700 to 1150, these experiences represented investments in human capital that would bear fruit during the medieval epoch (1150–1600).

904 views since May 20, 2020
x This site requires cookies to function correctly.