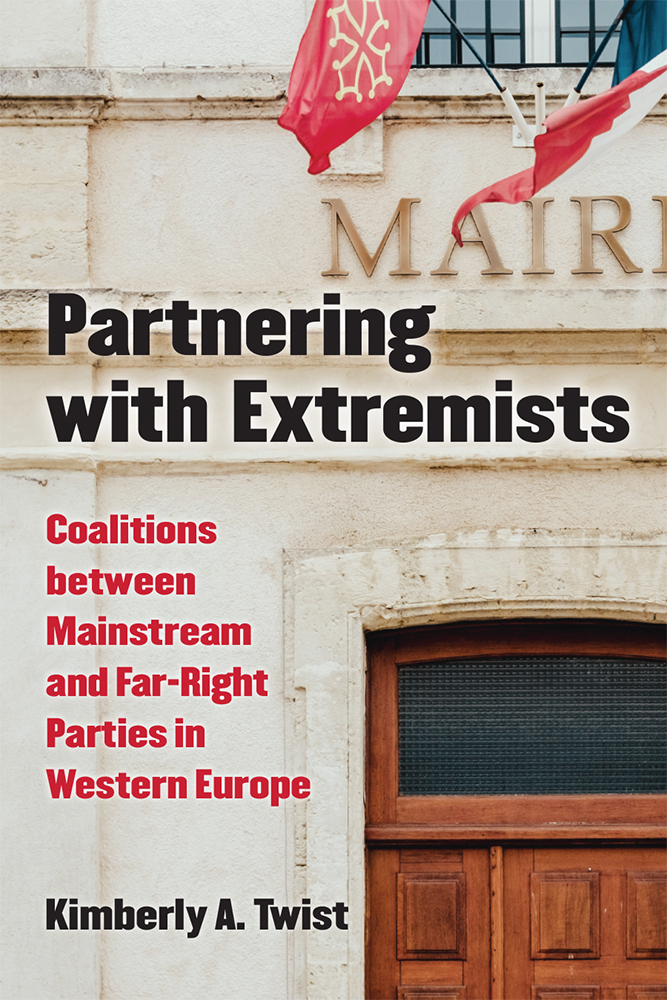 Partnering with Extremists: Coalitions between Mainstream and Far-Right Parties in Western Europe

Kimberly A. Twist 2019
As long as far-right parties—known chiefly for their vehement opposition to immigration—have competed in contemporary Western Europe, many have worried about these parties' acceptability to democratic voters and mainstream parties. Yet, rather than treating the far right as pariahs, major mainstream-right parties have included the far right in 15 governing coalitions from 1994 to 2017. Parties do not care equally about all issues at any given time, and Kimberly Twist demonstrates that far-right parties will agree to support the mainstream right's goals more readily than many other parties, making them appealing partners.

Partnering with Extremists builds on existing work on coalition formation and party goals to propose a theory of coalition formation that works across countries and over time. The evidence comes from 19 case studies of coalition formation in Austria and the Netherlands, countries where far-right parties have been excluded when they could have been included and included when the mainstream right had other options. The argument is then extended to countries where coalitions are less common, France and the United Kingdom, and to cases of mainstream-right adoption of far-right themes. Twist incorporates both office and policy considerations in her argument and reimagines "policy" to be a two-dimensional factor; it matters not just where parties are located on an issue but how firmly they hold those positions.

1 - 3 of 3
Number of results to display per page
View results as:
List Gallery

Seat share of far-right parties that were excluded from government

Seat share of far-right parties that were included in government