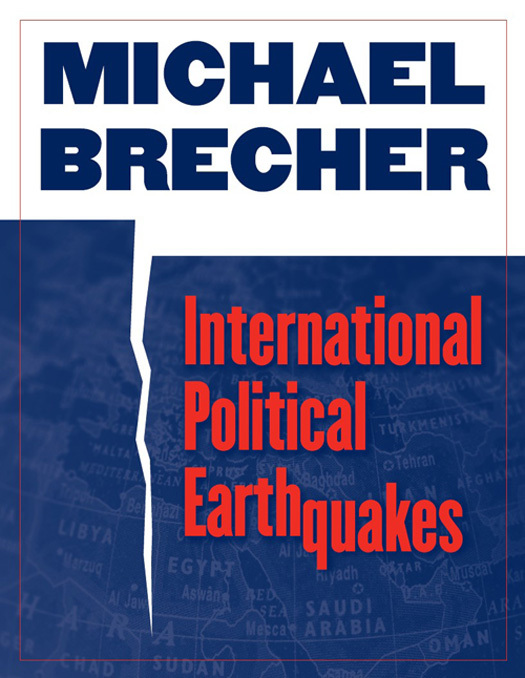 Michael Brecher 2008
International Political Earthquakes is the masterwork of the preeminent scholar Michael Brecher. Brecher, who came of age before World War II, has witnessed more than seven decades of conflict and has spent his career studying the dynamics of relations among nations throughout the world.

When terrorism, ethnic conflict, military buildup, or other local tensions spark an international crisis, Brecher argues that the structure of global politics determines its potential to develop into open conflict. That conflict, in turn, may then generate worldwide political upheaval. Comparing international crises to earthquakes, Brecher proposes a scale analogous to the Richter scale to measure the severity and scope of the impact of a crisis on the landscape of international politics.

Brecher's conclusions about the causes of international conflict and its consequences for global stability make a convincing case for gradual, nonviolent approaches to crisis resolution.

Michael Brecher is R. B. Angus Professor of Political Science at McGill University.