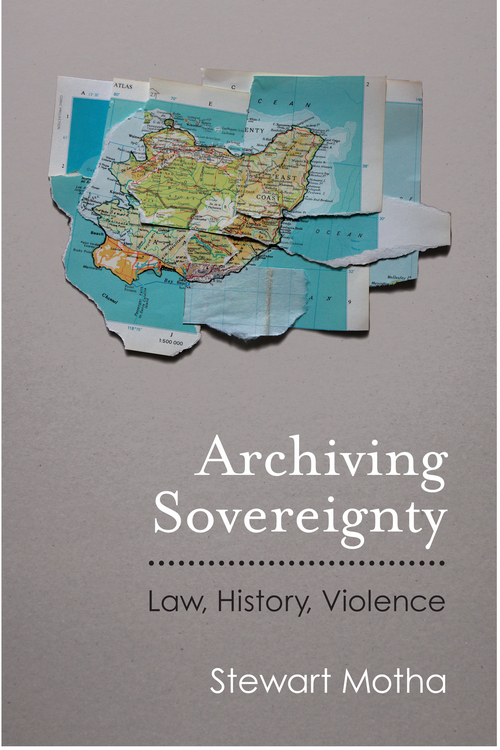 Stewart Motha 2018
Archiving Sovereignty shows how courts use fiction in their treatment of sovereign violence. Law's complicity with imperial and neocolonial practices occurs when courts inscribe and repeat the fabulous tales that provide an alibi for archaic sovereign acts that persist in the present. The United Kingdom's depopulation of islands in the Indian Ocean to serve the United States' neoimperial interests, Australia's exile and abandonment of refugees on remote islands, the failure to acknowledge genocidal acts or colonial dispossession, and the memorial work of the South African Constitution after apartheid are all sustained by historical fictions. This history-work of law constitutes an archive where sovereign violence is mediated, dissimulated, and sustained. Stewart Motha extends the concept of the "archive," as site of origin and source of authority, to signifying what law does in preserving and disavowing the past at the same time.

Sovereignty is often cast as a limit-concept, constituent force, determining the boundary of law. Archiving Sovereignty reverses this to explain how judicial pronouncements inscribe and sustain extravagant claims to exceptionality and sovereign solitude. This wide-ranging, critical work distinguishes between myths that sustain neocolonial orders and fictions that generate new forms of political and ethical life.