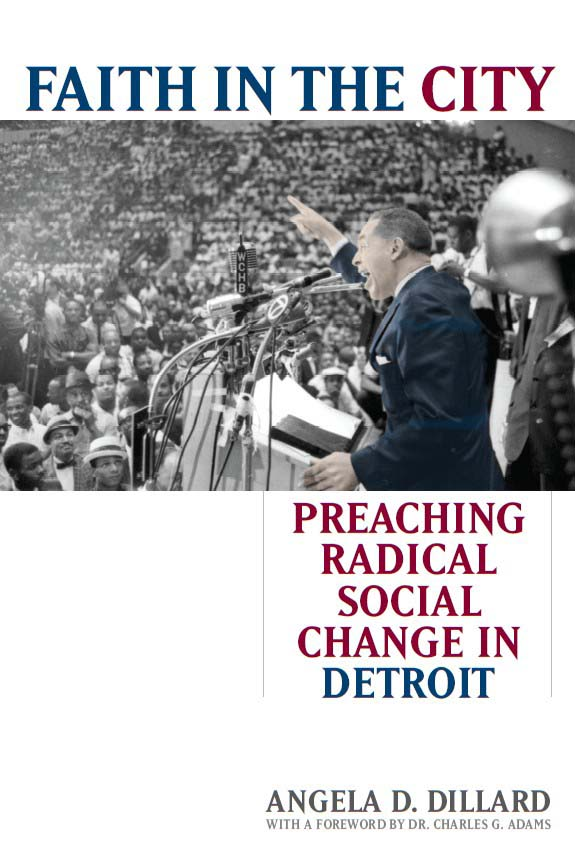 Faith in the City: Preaching Radical Social Change in Detroit

You do not have access to this book. How to get access.
"The dynamics of Black Theology were at the center of the 'Long New Negro Renaissance,' triggered by mass migrations to industrial hubs like Detroit. Finally, this crucial subject has found its match in the brilliant scholarship of Angela Dillard. No one has done a better job of tracing those religious roots through the civil rights–black power era than Professor Dillard."

"Angela Dillard recovers the long-submerged links between the black religious and political lefts in postwar Detroit. . . . Faith in the City is an essential contribution to the growing literature on the struggle for racial equality in the North."

—Thomas J. Sugrue, University of Pennsylvania, author of The Origins of the Urban Crisis: Race and Inequality in Postwar Detroit

Spanning more than three decades and organized around the biographies of Reverends Charles A. Hill and Albert B. Cleage Jr., Faith in the City is a major new exploration of how the worlds of politics and faith merged for many of Detroit's African Americans—a convergence that provided the community with a powerful new voice and identity. While other religions have mixed politics and creed, Faith in the City shows how this fusion was and continues to be particularly vital to African American clergy and the Black freedom struggle.

Activists in cities such as Detroit sustained a record of progressive politics over the course of three decades. Angela Dillard reveals this generational link and describes what the activism of the 1960s owed to that of the 1930s. The labor movement, for example, provided Detroit's Black activists, both inside and outside the unions, with organizational power and experience virtually unmatched by any other African American urban community.

Angela D. Dillard is Associate Professor of Afroamerican and African Studies at the University of Michigan. She specializes in American and African American intellectual history, religious studies, critical race theory, and the history of political ideologies and social movements in the United States.