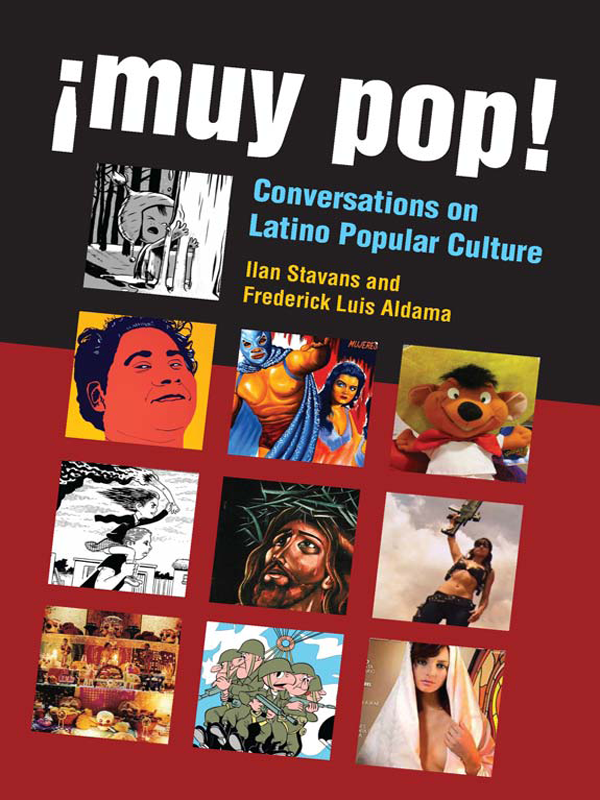 You do not have access to this book. How to get access.
Although investigations of Hispanic popular culture were approached for decades as part of folklore studies, in recent years scholarly explorations—of lucha libre, telenovelas, comic strips, comedy, baseball, the novela rosa and the detective novel, sci-fi, even advertising—have multiplied. What has been lacking is an overarching canvas that offers context for these studies, focusing on the crucial, framing questions: What is Hispanic pop culture? How does it change over time and from region to region? What is the relationship between highbrow and popular culture in the Hispanic world? Does it make sense to approach the whole Hispanic world as homogenized when understanding Hispanic popular culture? What are the differences between nations, classes, ethnic groups, religious communities, and so on? And what distinguishes Hispanic popular culture in the United States?

In ¡Muy Pop!, Ilan Stavans and Frederick Luis Aldama carry on a sustained, free-flowing, book-length conversation about these questions and more, concentrating on a wide range of pop manifestations and analyzing them at length. In addition to making Hispanic popular culture visible to the first-time reader, ¡Muy Pop! sheds new light on the making and consuming of Hispanic pop culture for academics, specialists, and mainstream critics.