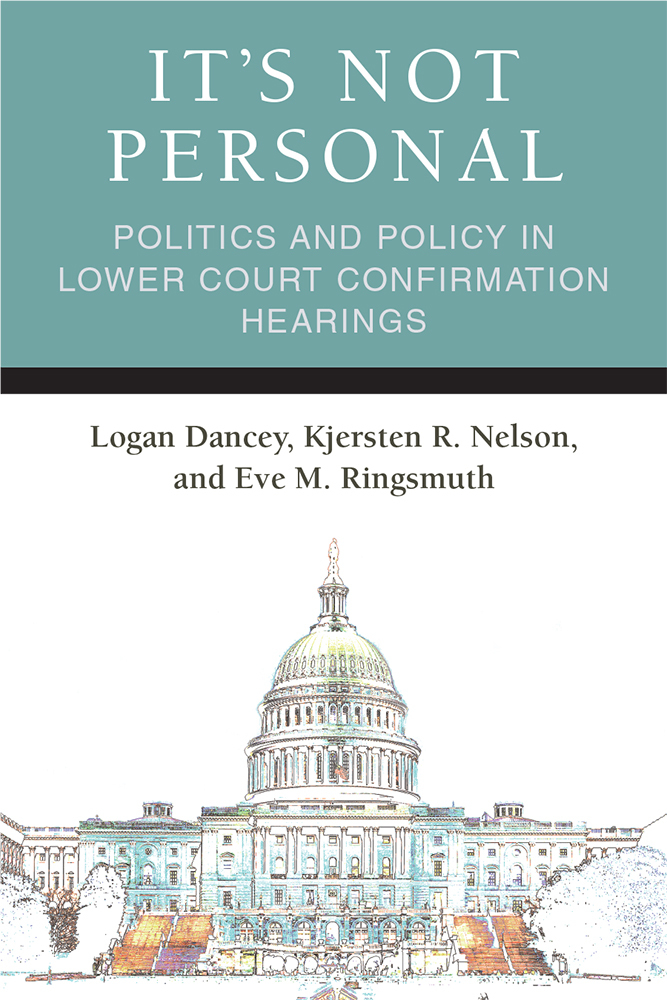 It's Not Personal: Politics and Policy in Lower Court Confirmation Hearings

Logan Dancey, Kjersten R. Nelson, and Eve M. Ringsmuth 2020
In order to be confirmed to a lifetime appointment on the federal bench, all district and circuit court nominees must appear before the Senate Judiciary Committee for a confirmation hearing. Most commonly, nominees field a handful of questions by two senators, yet some nominees receive over 150 questions by 10 or more senators. Lower court judges make up approximately 98% of permanent federal judgeships and their cases encompass a variety of policy areas as they interpret and apply the Constitution, laws, and precedents of the United States.

The authors of It's Not Personal analyzed transcripts for all district and circuit court confirmation hearings between 1993 and 2012. They found that the time-consuming practice of confirmation hearings for district and circuit nominees provides an important venue in which senators can advocate on behalf of their policy preferences and bolster their chances of being reelected. The variation in lower court nominees' experiences before the Judiciary Committee exists because senators pursue these goals in different ways, depending on the level of controversy surrounding a nominee. Studying confirmation hearings improves our understanding of the process by which individuals gain lifetime seats on the federal bench, positions from which they can influence the development of law.

Percentage of Senators with Previous Occupation in Law; Full Chamber vs. Judiciary Committee (1993-2012)

Median Number of Questions by Congress 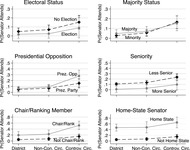 Probability of Senator Participating; by Senator Variables and Nominee Type