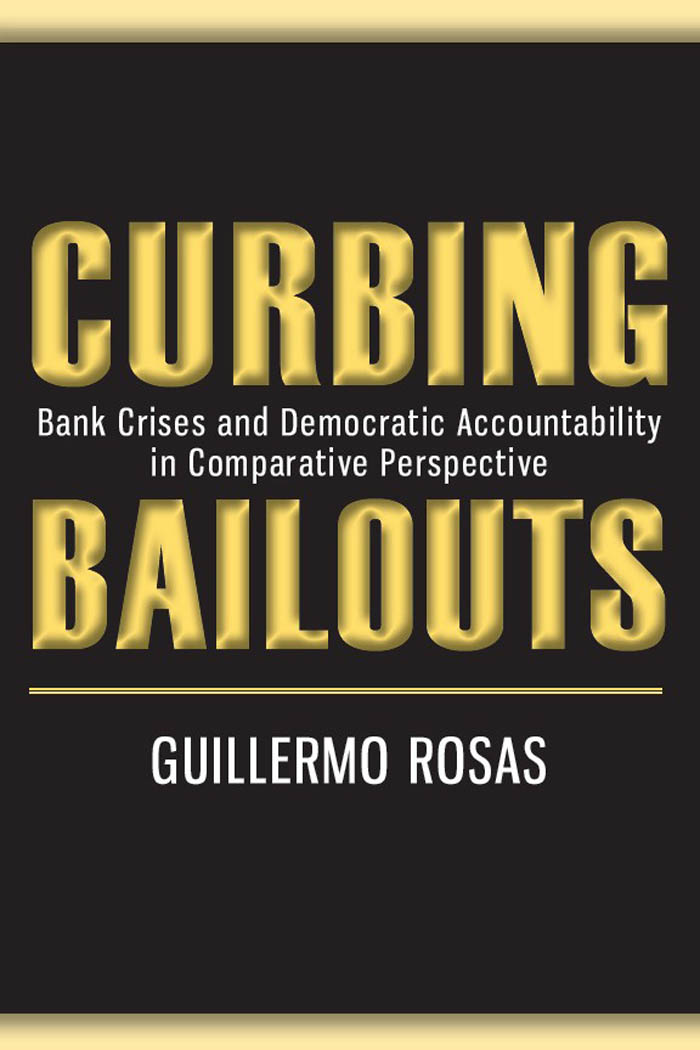 You do not have access to this book. How to get access.
"Rosas's compelling theory and wide-ranging empirical evidence yield a persuasive but surprising conclusion in light of the financial meltdown of 2008–9. In the event of banking crises, not only do elected governments treat taxpayers better and force bankers and their creditors to pay more for their mistakes, but bankers in democracies are more prudent as a consequence . . . essential reading for all interested in the political economy of crisis and in the future of banking regulation."

"When the financial crises of the 1990s hit Asia, Russia, and Latin America, the U.S. scolded them about the moral hazard problems of bailing out the banks. Now, the shoe is on the other foot, with the U.S. struggling to manage an imploding financial sector. Rosas's study of bank bailouts could not be more timely, providing us with both a framework for thinking about the issue and some sobering history of how things go both right and badly wrong. Democratic accountability proves the crucial factor in making sure bailouts are fair, a point that is as relevant for U.S. policy as for an understanding of the emerging markets."

Banking crises threaten the stability and growth of economies around the world. In response, politicians restore banks to solvency by redistributing losses from bank shareholders and depositors to taxpayers, and the burden the citizenry must bear varies from case to case. Whereas some governments stay close to the prescriptions espoused by Sir Walter Bagehot in the nineteenth century that limit the costs shouldered by taxpayers, others engage in generous bank bailouts at great cost to society. What factors determine a government's response?

In this comparative analysis of late-twentieth-century banking crises, Guillermo Rosas identifies political regime type as the determining factor. During a crisis, powerful financial players demand protection of their assets. Rosas maintains that in authoritarian regimes, government officials have little to shield them from such demands and little incentive for rebuffing them, while in democratic regimes, elected officials must weigh these demands against the interests of the voters---that is, the taxpayers. As a result, compared with authoritarian regimes, democratic regimes show a lower propensity toward dramatic, costly bailouts.

Guillermo Rosas is Assistant Professor in the Department of Political Science and Fellow at the Center in Political Economy at Washington University in St. Louis.