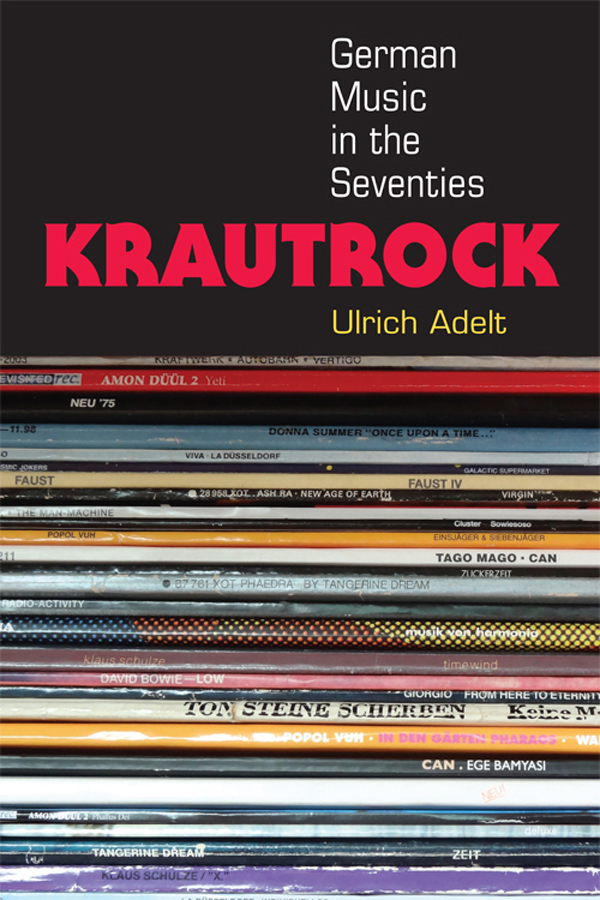 Krautrock: German Music in the Seventies

Ulrich Adelt 2016
Krautrock is a catch-all term for the music of various white German rock groups of the 1970s that blended influences of African American and Anglo-American music with the experimental and electronic music of European composers. Groups such as Can, Popol Vuh, Faust, and Tangerine Dream arose out of the German student movement of 1968 and connected leftist political activism with experimental rock music and, later, electronic sounds. Since the 1970s, American and British popular genres such as indie, post-rock, techno, and hip-hop have drawn heavily on krautrock, ironically reversing a flow of influence krautrock originally set out to disrupt.

Among other topics, individual chapters of the book focus on the redefinition of German identity in the music of Kraftwerk, Can, and Neu!; on community and conflict in the music of Amon Düül, Faust, and Ton Steine Scherben; on "cosmic music" and New Age; and on Donna Summer's and David Bowie's connections to Germany. Rather than providing a purely musicological or historical account, Krautrock discusses the music as being constructed through performance and articulated through various forms of expressive culture, including communal living, spirituality, and sound.