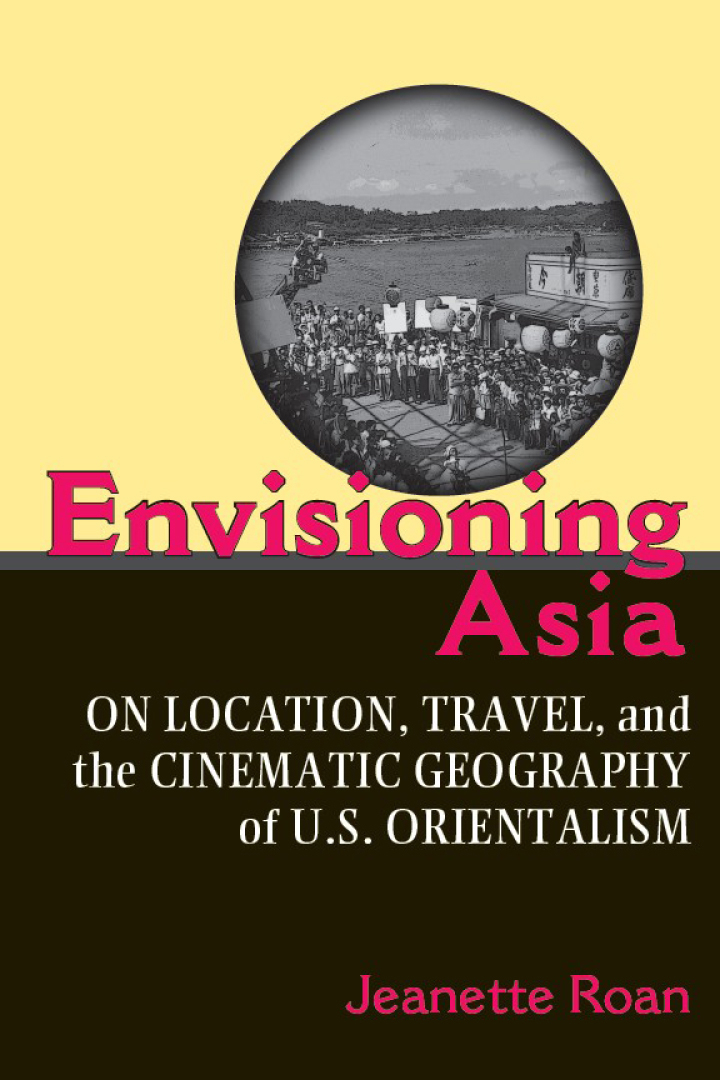 Envisioning Asia: On Location, Travel, and the Cinematic Geography of U.S. Orientalism

You do not have access to this book. How to get access.
"Whereas some other scholars read selected films mainly to illustrate political arguments, Roan never loses sight of the particularities of film as a distinctive cultural form and practice. Her drive to see 'cinema as a mechanism of American orientalism' results in not just a textual analysis of these films, but also a history of their material production and distribution."

"Envisioning Asia offers an exciting new contribution to our understandings of the historical developments of American Orientalism. Jeannette Roan deftly situates changing cinematic technologies within the context of U.S. imperial agendas in this richly nuanced analysis of 'shooting on location' in Asia in early 20th century American cinema."

"Through her vivid illustration of the role of American cinema in the material, visual, and ideological production of Asia, Jeanette Roan takes the reader on a journey to Asia through a very different route from the virtual travel taken by the viewers of the films she discusses."

The birth of cinema coincides with the beginnings of U.S. expansion overseas, and the classic Hollywood era coincides with the rise of the United States as a global superpower. In Envisioning Asia, Jeanette Roan argues that throughout this period, the cinema's function as a form of virtual travel, coupled with its purported "authenticity," served to advance America's shifting interests in Asia. Its ability to fulfill this imperial role depended, however, not only on the cinematic representations themselves but on the marketing of the films' production histories---and, in particular, their use of Asian locations. Roan demonstrates this point in relation to a wide range of productions, offering an engaging and useful survey of a largely neglected body of film. Not only that, by focusing on the material practices involved in shooting films on location---that is, the actual travels, negotiations, and labor of making a film---she moves beyond formal analysis to produce a richly detailed history of American interests, attitudes, and cultural practices during the first half of the twentieth century.

Jeanette Roan is Adjunct Professor of Visual Studies at California College of the Arts and author of "Exotic Explorations: Travels to Asia and the Pacific in Early Cinema" in Re/collecting Early Asian America: Essays in Cultural History (2002).

Cover art: Publicity still, Tokyo File 212 (Dorrell McGowan and Stuart McGowan, 1951). The accompanying text reads: "Hundreds of spectators gather on the sidelines as technicians prepare to photograph a parade scene in 'Tokyo File 212,' a Breakston-McGowan Production filmed in Japan for RKO Radio distribution." Courtesy of the Academy of Motion Picture Arts and Sciences.