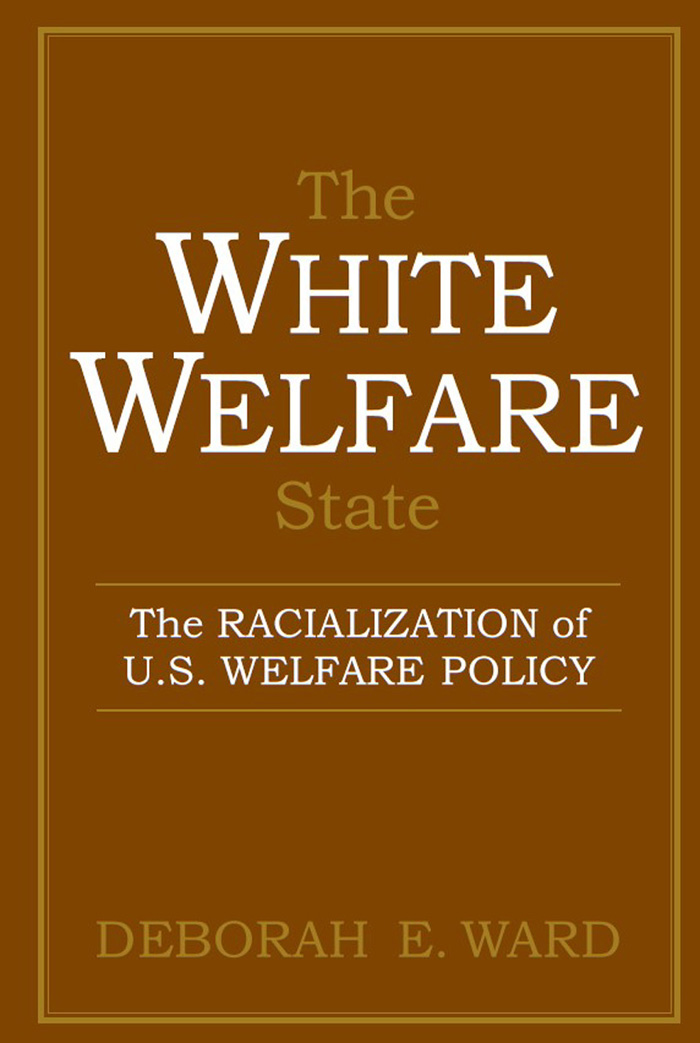 The White Welfare State: The Racialization of U.S. Welfare Policy

You do not have access to this book. How to get access.
The White Welfare State challenges common misconceptions of the development of U.S. welfare policy. Arguing that race has always been central to welfare policy-making in the United States, Deborah Ward breaks new ground by showing that the Mothers' Pensions--the Progressive-Era precursors to modern welfare programs--were premised on a policy of racial discrimination against blacks and other minorities. Ward's rigorous and thoroughly documented analysis demonstrates that the creation and implementation of the mothers' pensions program was driven by debates about who "deserved" social welfare and not who needed it the most.

"In The White Welfare State, Deborah Ward assembles a powerful array of documentary and statistical evidence to reveal the mechanisms, centrality, and deep historical continuity of racial exclusion in modern 'welfare' provision in the United States. Bringing unparalleled scrutiny to the provisions and implementation of state-level mothers' pensions, she argues persuasively that racialized patterns of welfare administration were firmly entrenched in this Progressive Era legislation, only to be adopted and reinforced in the New Deal welfare state. With rigorous and clear-eyed analysis, she pushes us to confront the singular role of race in welfare's development, from its early 20th-century origins to its official demise at century's end."

"This is a richly informative and arresting work. The White Welfare State will force a reevaluation of the role racism has played as a fundamental feature in even the most progressive features of the American welfare state. Written elegantly, this book will provoke a wide-ranging discussion among social scientists, historians, and students of public policy."

"This book offers an original and absorbing account of early policies that shaped the course of the American welfare state. It extends yet challenges extant interpretations and expands our understanding of the interconnections of race and class issues in the U.S., and American political development more broadly."