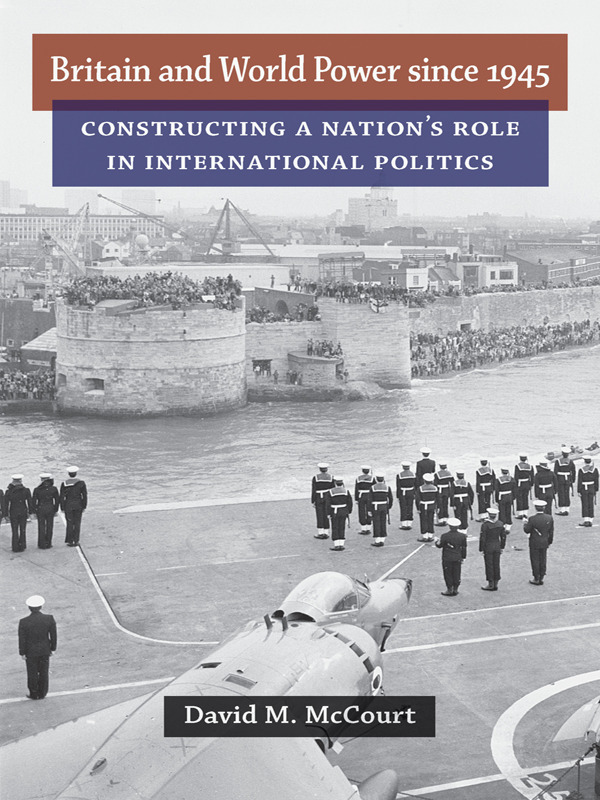 Britain and World Power since 1945: Constructing a Nation's Role in International Politics

David M. McCourt 2014
?Though Britain's descent from global imperial power began in World War II and continued over the subsequent decades with decolonization, military withdrawal, and integration into the European Union, its foreign policy has remained that of a Great Power. David M. McCourt maintains that the lack of a fundamental reorientation of Britain's foreign policy cannot be explained only by material or economic factors, or even by an essential British international "identity." Rather, he argues, the persistence of Britain's place in world affairs can best be explained by the prominent international role that Britain assumed and into which it was thrust by other nations, notably France and the United States, over these years.

Using a role-based theory of state action in international politics based on symbolic interactionism and the work of George Herbert Mead, Britain and World Power since 1945 puts forward a novel interpretation of Britain's engagement in four key international episodes: the Suez Crisis of 1956, the Skybolt Crisis of 1962, Britain's second application to the European Economic Council in 1966–67, and Britain's reinvasion of the Falklands in 1982. McCourt concludes with a discussion of international affairs since the end of the Cold War and the implications for the future of British foreign policy.