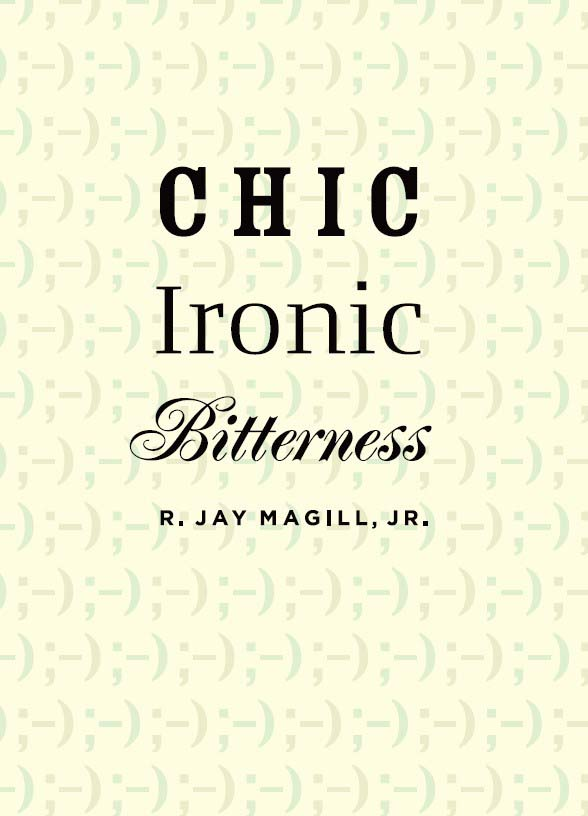 You do not have access to this book. How to get access.
A brilliant and timely reflection on irony in contemporary American culture

"This book is a powerful and persuasive defense of sophisticated irony and subtle humor that contributes to the possibility of a genuine civic trust and democratic life. R. Jay Magill deserves our congratulations for a superb job!"

"A well-written, well-argued assessment of the importance of irony in contemporary American social life, along with the nature of recent misguided attacks and, happily, a deep conviction that irony is too important in our lives to succumb. The book reflects wide reading, varied experience, and real analytical prowess."

"Somehow, Americans—a pragmatic and colloquial lot, for the most part—are now supposed to speak the Word, without ironic embellishment, in order to rebuild the civic culture. So irony's critics decide it has become 'worthy of moral condemnation.' Magill pushes back against this new conventional wisdom, eloquently defending a much livelier American sensibility than the many apologists for a somber 'civic culture' could ever acknowledge."

The events of 9/11 had many pundits on the left and right scrambling to declare an end to the Age of Irony. But six years on, we're as ironic as ever. From The Simpsons and Borat to The Daily Show and The Colbert Report, the ironic worldview measures out a certain cosmopolitan distance, keeping hypocrisy and threats to personal integrity at bay.

Chic Ironic Bitterness is a defense of this detachment, an attitude that helps us preserve values such as authenticity, sincerity, and seriousness that might otherwise be lost in a world filled with spin, marketing, and jargon. And it is an effective counterweight to the prevailing conservative view that irony is the first step toward cynicism and the breakdown of Western culture.