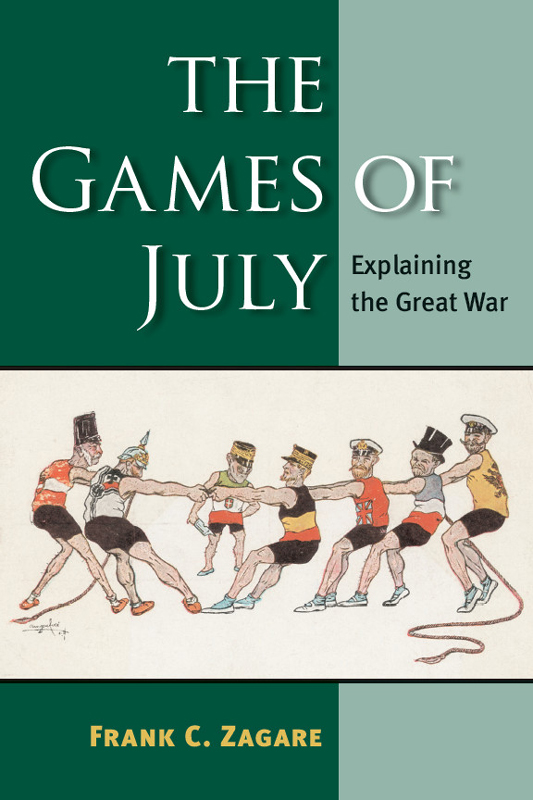 The Games of July: Explaining the Great War

You do not have access to this book. How to get access.
"Frank C. Zagare combines a deep command of historical scholarship and the sophisticated skills of an applied game theorist to develop and test a theory of why deterrence failed, catastrophically, in July 1914. . . . Zagare concludes with sage advice on how to avoid even more cataclysmic breakdowns in a nuclear world."

"Zagare's deft study of the origins of the First World War using his perfect deterrence theory uncovers new insights into that signal event and shows the value of formal theory applied to historical events. A must-read for those interested in security studies."

"Through an exemplary combination of formal theory, careful qualitative analysis, and lucid prose, The Games of July delivers important and interesting answers to key questions concerning the international political causes of World War I. Its well-formed narratives and its sustained engagement with leading works in IR and diplomatic history . . . make it a rewarding read for security scholars in general and a useful teaching tool for international security courses."

Taking advantage of recent advances in game theory and the latest historiography, Frank C. Zagare offers a new, provocative interpretation of the events that led to the outbreak of World War I. He analyzes key events from Bismarck's surprising decision in 1879 to enter into a strategic alliance with Austria-Hungary to the escalation that culminated in a full-scale global war. Zagare concludes that, while the war was most certainly unintended, it was in no sense accidental or inevitable.

The Games of July serves not only as an analytical narrative but also as a work of theoretical assessment. Standard realist and liberal explanations of the Great War are evaluated along with a collection of game-theoretic models known as perfect deterrence theory.

Frank C. Zagare is UB Distinguished Professor of Political Science at the State University of New York at Buffalo.

Cover illustration: Satirical Italian postcard from World War I. Used with permission from The University of North Carolina at Chapel Hill Libraries.