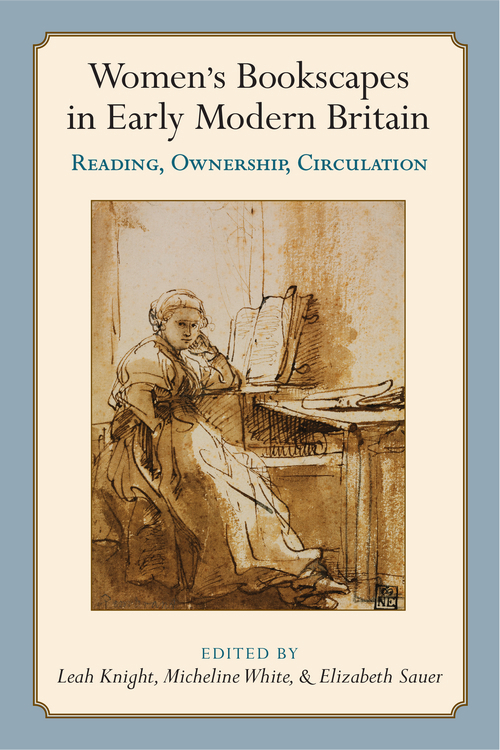 Leah Knight, Micheline White, and Elizabeth Sauer, Editors 2018
Women in 16th- and 17th-century Britain read, annotated, circulated, inventoried, cherished, criticized, prescribed, and proscribed books in various historically distinctive ways. Yet, unlike that of their male counterparts, the study of women's reading practices and book ownership has been an elusive and largely overlooked field.

The volume's three-part structure highlights case studies of individual readers and their libraries; analyses of readers and readership in the context of their interpretive communities; and new types of scholarly evidence—lists of confiscated books and convent rules, for example—as well as new methodologies and technologies for ongoing research. These essays dismantle binaries of private and public; reading and writing; female and male literary engagement and production; and ownership and authorship.