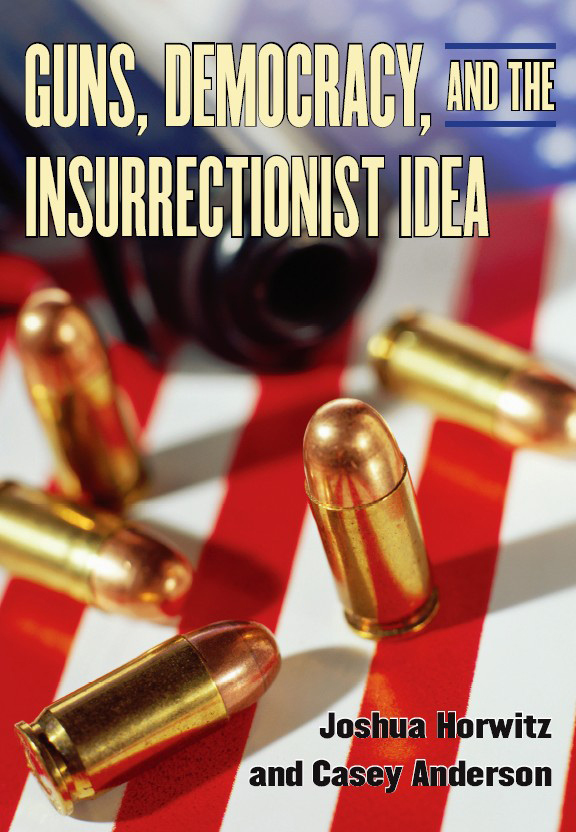 Guns, Democracy, and the Insurrectionist Idea

Open Access
"Guns, Democracy, and the Insurrectionist Idea recasts the gun debate by showing its importance to the future of democracy and the modern regulatory state. Until now, gun rights advocates had effectively co-opted the language of liberty and democracy and made it their own. This book is an important first step in demonstrating how reasonable gun control is essential to the survival of democracy and ordered liberty."

When gun enthusiasts talk about constitutional liberties guaranteed by the Second Amendment, they are referring to freedom in a general sense, but they also have something more specific in mind---freedom from government oppression. They argue that the only way to keep federal authority in check is to arm individual citizens who can, if necessary, defend themselves from an aggressive government. In the past decade, this view of the proper relationship between government and individual rights and the insistence on a role for private violence in a democracy has been co-opted by the conservative movement. As a result, it has spread beyond extreme militia groups to influence state and national policy.

In Guns, Democracy, and the Insurrectionist Idea, Joshua Horwitz and Casey Anderson set the record straight. They challenge the proposition that more guns equal more freedom and expose Insurrectionism as a true threat to freedom in the United States today.

Joshua Horwitz received a law degree from George Washington University and is currently a visiting scholar at the Johns Hopkins Bloomberg School of Public Health.

Casey Anderson holds a law degree from Georgetown University and is currently a lawyer in private practice in Washington, D.C.