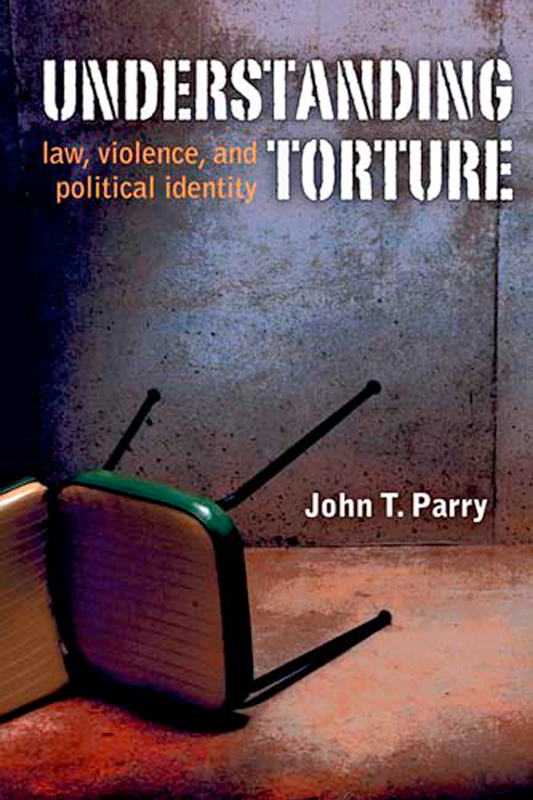 You do not have access to this book. How to get access.
"John Parry's Understanding Torture is an important contribution to our understanding of how torture fits within the practices and beliefs of the modern state. His juxtaposition of the often indeterminate nature of the law of torture with the very specific state practices of torture is both startling and revealing."

---Paul W. Kahn is Robert W. Winner Professor of Law and the Humanities at Yale Law School and author of Sacred Violence

"Parry is effective in building, deploying, and supporting his argument . . . that the law does not provide effective protections against torture, but also that the law is in itself constitutive of a political order in which torture is employed to create---and to destroy or re-create---political identities."

---Margaret Satterthwaite, Faculty Director of the Center for Human Rights and Global Justice and Associate Professor of Clinical Law, NYU School of Law

"A beautifully crafted, convincingly argued book that does not shy away from addressing the legal and ethical complexities of torture in the modern world. In a field that all too often produces simple or superficial responses to what has become an increasingly challenging issue, Understanding Torture stands out as a sophisticated and intellectually responsible work."

Prohibiting torture will not end it. In Understanding Torture, John T. Parry explains that torture is already a normal part of the state coercive apparatus. Torture is about dominating the victim for a variety of purposes, including public order; control of racial, ethnic, and religious minorities; and--- critically---domination for the sake of domination. Seen in this way, Abu Ghraib sits on a continuum with contemporary police violence in U.S. cities; violent repression of racial minorities throughout U.S. history; and the exercise of power in a variety of political, social, and interpersonal contacts.

Creating a separate category for an intentionally narrow set of practices labeled and banned as torture, Parry argues, serves to normalize and legitimate the remaining practices that are "not torture." Consequently, we must question the hope that law can play an important role in regulating state violence.

No one who reads this book can fail to understand the centrality of torture in modern law, politics, and governance.