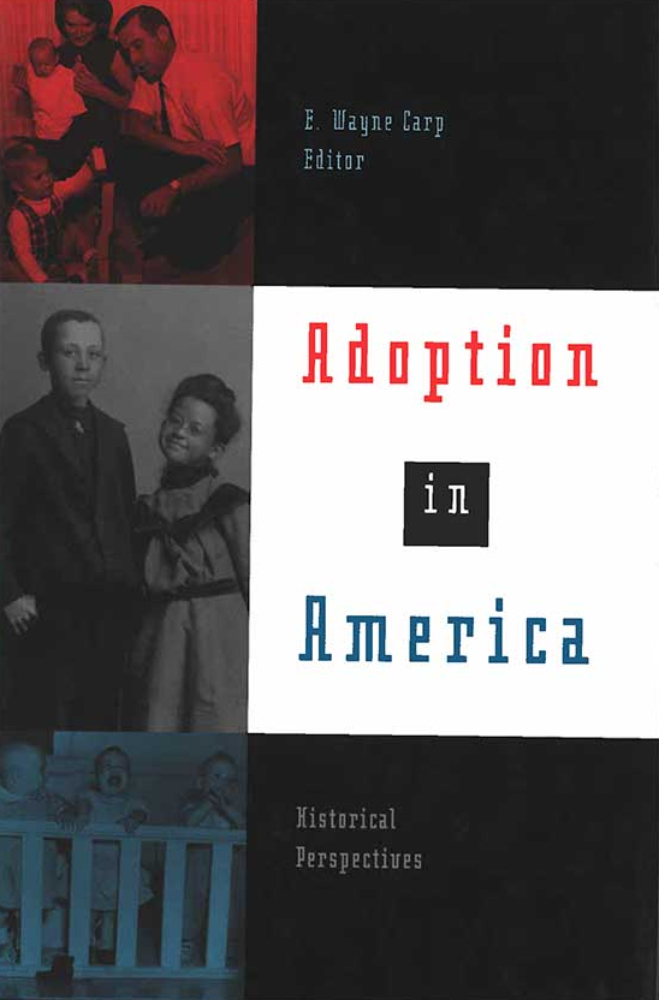 "Sheds new light on the roots of this complex and fascinating institution."

"Well-written and accessible . . . showcases the wide-ranging scholarship underway on the history of adoption."

"[T]his volume is a significant contribution to the literature and can serve as a catalyst for further research."

Adoption affects an estimated 60 percent of Americans, but despite its pervasiveness, this social institution has been little examined and poorly understood. Adoption in America gathers essays on the history of adoptions and orphanages in the United States. Offering provocative interpretations of a variety of issues, including antebellum adoption and orphanages; changing conceptions of adoption in late-nineteenth-century novels; Progressive Era reform and adoptive mothers; the politics of "matching" adoptive parents with children; the radical effect of World War II on adoption practices; religion and the reform of adoption; and the construction of birth mother and adoptee identities, the essays in Adoption in America will be debated for many years to come.