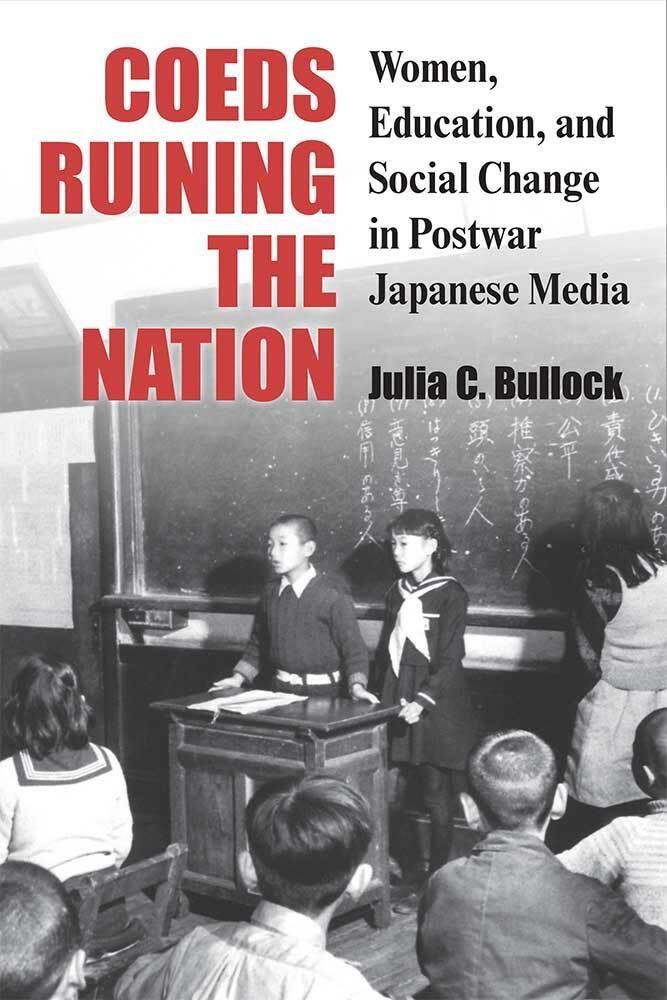 Julia C. Bullock 2019
In the late 1800s, Japan introduced a new, sex-segregated educational system. Boys would be prepared to enter a rapidly modernizing public sphere, while girls trained to become "good wives and wise mothers" who would contribute to the nation by supporting their husbands and nurturing the next generation of imperial subjects. When this system was replaced by a coeducational model during the American Occupation following World War II, adults raised with gender-specific standards were afraid coeducation would cause "moral problems"—even societal collapse. By contrast, young people generally greeted coeducation with greater composure.

This is the first book in English to explore the arguments for and against coeducation as presented in newspaper and magazine articles, cartoons, student-authored school newsletters, and roundtable discussions published in the Japanese press as these reforms were being implemented. It complicates the notion of the postwar years as a moment of rupture, highlighting prewar experiments with coeducation that belied objections that the practice was a foreign imposition and therefore "unnatural" for Japanese culture. It also illustrates a remarkable degree of continuity between prewar and postwar models of femininity, arguing that Occupation-era guarantees of equal educational opportunity were ultimately repurposed toward a gendered division of labor that underwrote the postwar project of economic recovery. Finally, it excavates discourses of gender and sexuality underlying the moral panic surrounding coeducation to demonstrate that claims of rampant sexual deviance, among other concerns, were employed as disciplinary mechanisms meant to reinforce compliance with an ideology of harmonious gender complementarity and to dissuade women from pursuing conventionally masculine prerogatives.

This book will interest scholars of Japanese history and culture and, more broadly, scholars of media, education, and gender and sexuality studies. Written in accessible and engaging language that avoids jargon, it is also suitable for use in undergraduate courses