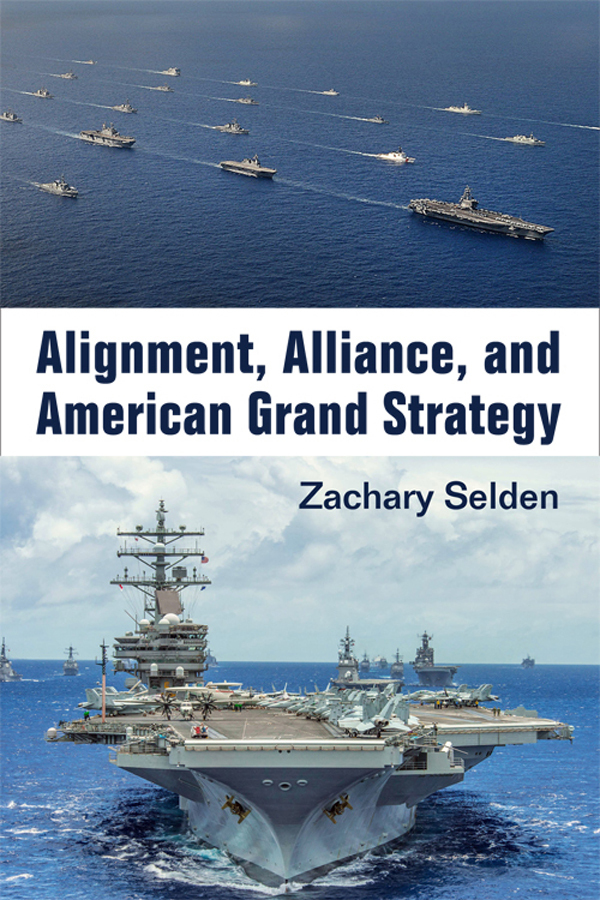 Zachary Selden 2016
Although US foreign policy was largely unpopular in the early 2000s, many nation-states, especially those bordering Russia and China, expanded their security cooperation with the United States. In Alignment, Alliance, and American Grand Strategy, Zachary Selden notes that the regional power of these two illiberal states prompt threatened neighboring states to align with the United States. Gestures of alignment include participation in major joint military exercises, involvement in US-led operations, the negotiation of agreements for US military bases, and efforts to join a US-led alliance. By contrast, Brazil is also a rising regional power, but as it is a democratic state, its neighbors have not sought greater alliance with the United States.

Amid calls for retrenchment or restraint, Selden makes the case that a policy focused on maintaining American military preeminence and the demonstrated willingness to use force may be what sustains the cooperation of second-tier states, which in turn help to maintain US hegemony at a manageable cost.