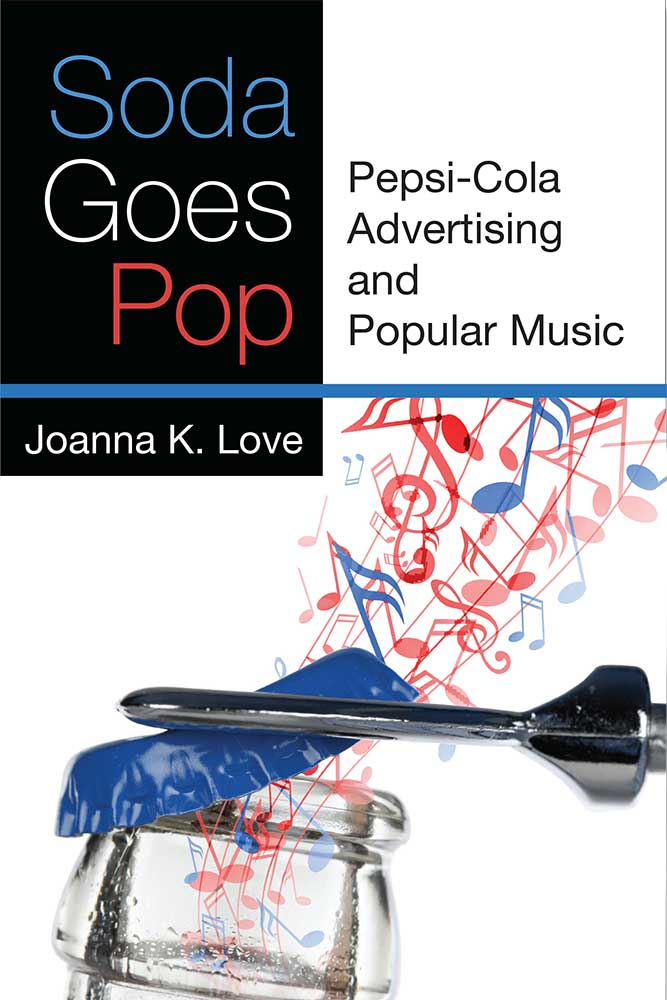 You do not have access to this book. How to get access.
From its 1939 "Nickel, Nickel" jingle to pathbreaking collaborations with Michael Jackson and Madonna to its pair of X Factor commercials in 2011 and 2012, Pepsi-Cola has played a leading role in drawing the American pop music industry into a synergetic relationship with advertising. This idea has been copied successfully by countless other brands over the years, and such commercial collaboration is commonplace today—but how did we get here? How and why have pop music aesthetics been co-opted to benefit corporate branding? What effect have Pepsi's music marketing practices in particular had on other brands, the advertising industry, and popular music itself?

Soda Goes Pop investigates these and other vital questions around the evolving relationships between popular music and corporate advertising. Joanna K. Love joins musical analysis, historical research, and cultural theory to trace parallel shifts in these industries over eight decades. In addition to scholarly and industry resources, she draws on first-hand accounts, pop culture magazines, trade press journals, and other archival materials. Pepsi's longevity as an influential American brand, its legendary commercials, and its pioneering, relentless pursuit of alliances with American musical stars makes the brand a particularly instructive point of focus. Several of the company's most famous ad campaigns are prime examples of the practice of redaction, whereby marketers select, censor, and restructure musical texts to fit commercial contexts in ways that revise their aesthetic meanings and serve corporate aims. Ultimately, Love demonstrates how Pepsi's marketing has historically appropriated and altered images of pop icons and the meanings of hit songs, and how these commercials shaped relationships between the American music business, the advertising industry, and corporate brands.

Soda Goes Pop is a rich resource for scholars and students of American studies, popular culture, advertising, broadcast media, and musicology. It is also an accessible and informative book for the general reader, as Love's musical and theoretical analyses are clearly presented for non-specialist audiences and readers with varying degrees of musical knowledge.