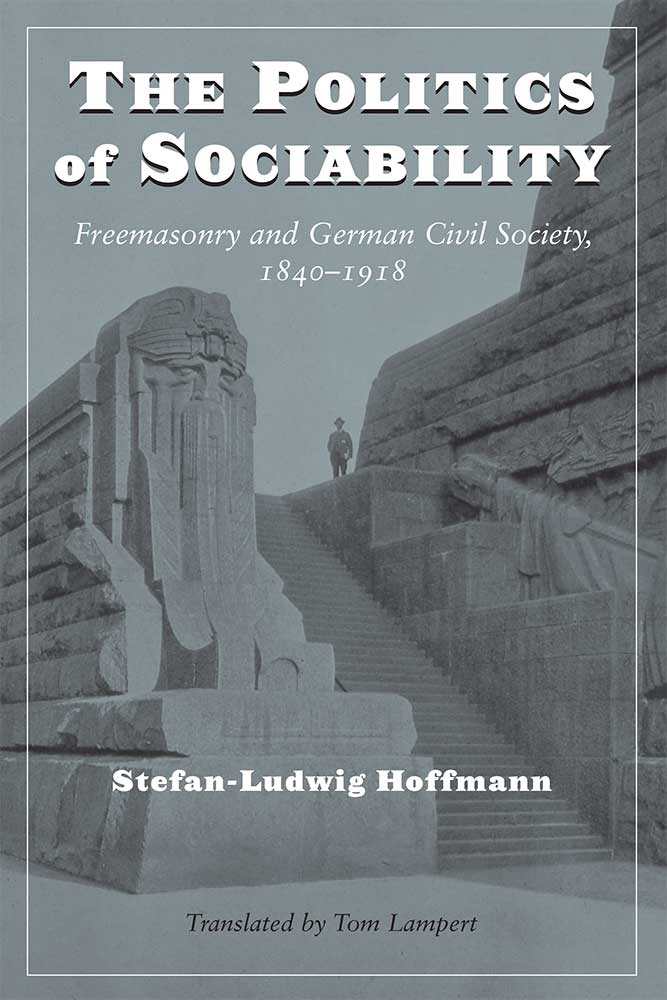 The Politics of Sociability: Freemasonry and German Civil Society, 1840-1918

You do not have access to this book. How to get access.
An ambitious, original work, The Politics of Sociability is Stefan-Ludwig Hoffmann's exploration of the social and political significance of Freemasonry in German history. Drawing on de Tocqueville's theory that without civic virtue there is no civil society, and that civic virtue unfolds only through the social interaction between citizens, Hoffmann examines the critical link between Freemasonry and the evolution of German civil society in the late nineteenth century. The practice of Masonic sociability reflected an enlightened belief in the political significance of moral virtue for civil society, indeed, for humanity. Freemasons' self-image as civilizing agents, acting in good faith and with the unimpeachable idea of universal brotherhood, was contradicted not only by their heightened sense of exclusivity; Freemasons unintentionally exacerbated nineteenth-century political conflicts---for example, between liberals and Catholics, or Germans and French---by employing a universalist language.

Using a wealth of archival sources previously unavailable, Stefan-Ludwig Hoffmann shows how Freemasonry became a social refuge for elevated and liberal-minded bourgeois men who felt attracted to its secret rituals and moral teachings. German Freemasons sought to reform self and society but, Hoffmann argues, ultimately failed to balance modern politics with a cosmopolitan ethos. Hoffmann illuminates a capacious history of the political effects of Enlightenment concepts and practices in a century marked by nationalism, social discord, and religious conflict.

Tom Lampert was born in Boston in 1962 and grew up in northern California. He received a BA in political science from Stanford University (1986) and a PhD in government from Cornell (1998). His book, Ein einziges Leben (Hanser Verlag 2001) was published as One Life by Harcourt in 2004, which he translated himself. Lampert has worked as a freelance translator since 1998. He currently lives in Bad Kreuznach, Germany.

Cover Image: Monument of the Battle of the Nations in Leipzig, erected between 1898 and 1913 by German Freemasons, Barbarossa-Head by Christian Behrens, located next to the stairs leading to the monument. The German mythical figure of the Kaiser Barbarossa is depicted as a sphinx, which in Masonic symbolism protects the Masonic secret from profanation. Courtesy of the Deutsche Bücherei, Leipzig.

"This is an exemplary study of the role of Freemasonry in the German Bürgergesellschaft (civil society) of the nineteenth and early twentieth centuries, concise, comprehensive, and well written. It combines social profiling with a careful examination of contemporary concepts in a long-term diachronic study, based on an impressive amount of primary material. . . . Hoffmann's empirically and methodologically convincing study is not only a major contribution to our understanding of Freemasonry in the German Bürgergesellschaft. It also reflects the complex social and political transformation of German society in the nineteenth century and the difficulties contemporaries faced in responding to it."

"Hoffmann's arguments are theoretically informed, supported by a wealth of archival sources. . . . Indeed, in many ways this is the best combination of painstaking social history and well-argued Begriffsgeschichte (conceptual history). . . . One of the great virtues of this book is that Hoffmann does not shy away from the contradictions in the Freemasons' rhetoric and actions. Such contradictions, in fact, are key to the Mason's importance, because they force us to re