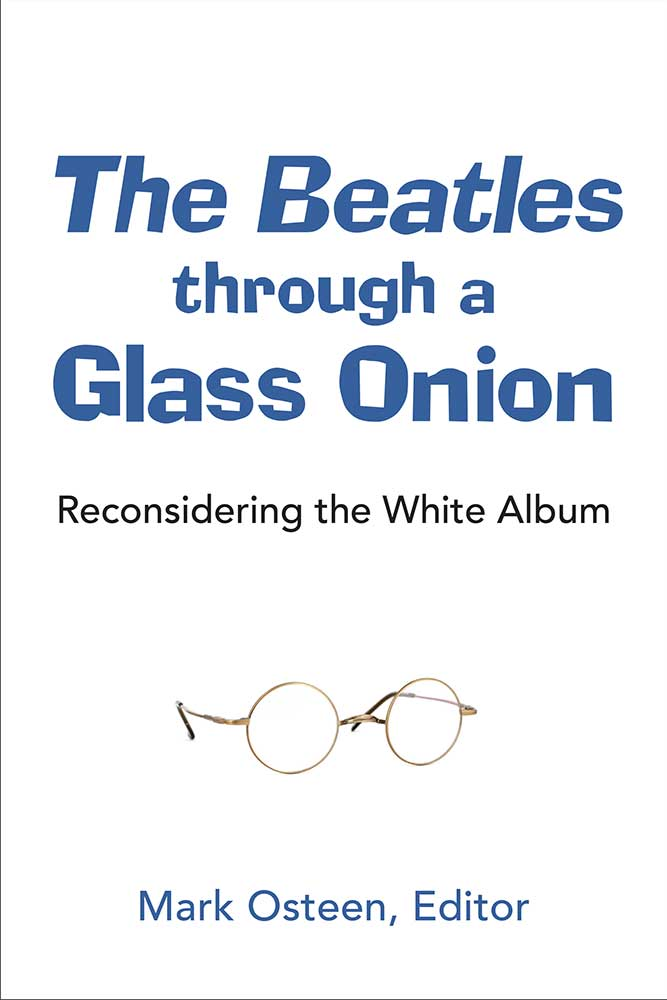 The Beatles through a Glass Onion: Reconsidering the White Album

Mark Osteen, Editor 2019
The Beatles, the 1968 double LP more commonly known as the White Album, has always been viewed as an oddity in the group's oeuvre. Many have found it to be inconsistent, sprawling, and self-indulgent. The Beatles through a Glass Onion is the first-ever scholarly volume to explore this seminal recording at length, bringing together contributions by some of the most eminent scholars of rock music writing today. It marks a reconsideration of this iconic but under-appreciated recording and reaffirms the White Album's significance in the Beatles' career and in rock history.

This volume treats the White Album as a whole, with essays scrutinizing it from a wide range of perspectives. These essays place the album within the social and political context of a turbulent historical moment; locate it within the Beatles' lives and  careers, taking into consideration the complex personal forces at play during the recording sessions; investigate the musical as well as pharmaceutical influences on the record; reveal how it reflects new developments in the Beatles' songwriting and arranging; revisit the question of its alleged disunity; and finally, track its legacy and the breadth of its influence on later rock, pop, and hip-hop artists.