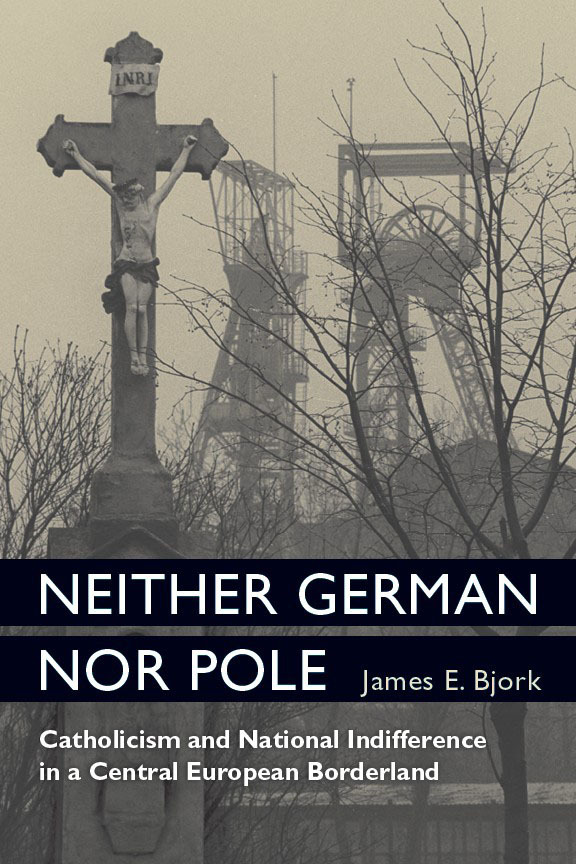 Neither German nor Pole: Catholicism and National Indifference in a Central European Borderland

James E. Bjork 2008
"This is a fascinating local story with major implications for studies of nationalism and regional identities throughout Europe more generally."

Neither German nor Pole examines how the inhabitants of one of Europe's most densely populated industrial districts managed to defy clear-cut national categorization, even in the heyday of nationalizing pressures at the turn of the twentieth century. As James E. Bjork argues, the "civic national" project of turning inhabitants of Upper Silesia into Germans and the "ethnic national" project of awakening them as Poles both enjoyed successes, but these often canceled one another out, exacerbating rather than eliminating doubts about people's national allegiances. In this deadlock, it was a different kind of identification---religion---that provided both the ideological framework and the social space for Upper Silesia to navigate between German and Polish orientations. A fine-grained, microhistorical study of how confessional politics and the daily rhythms of bilingual Roman Catholic religious practice subverted national identification, Neither German nor Pole moves beyond local history to address broad questions about the relationship between nationalism, religion, and modernity.