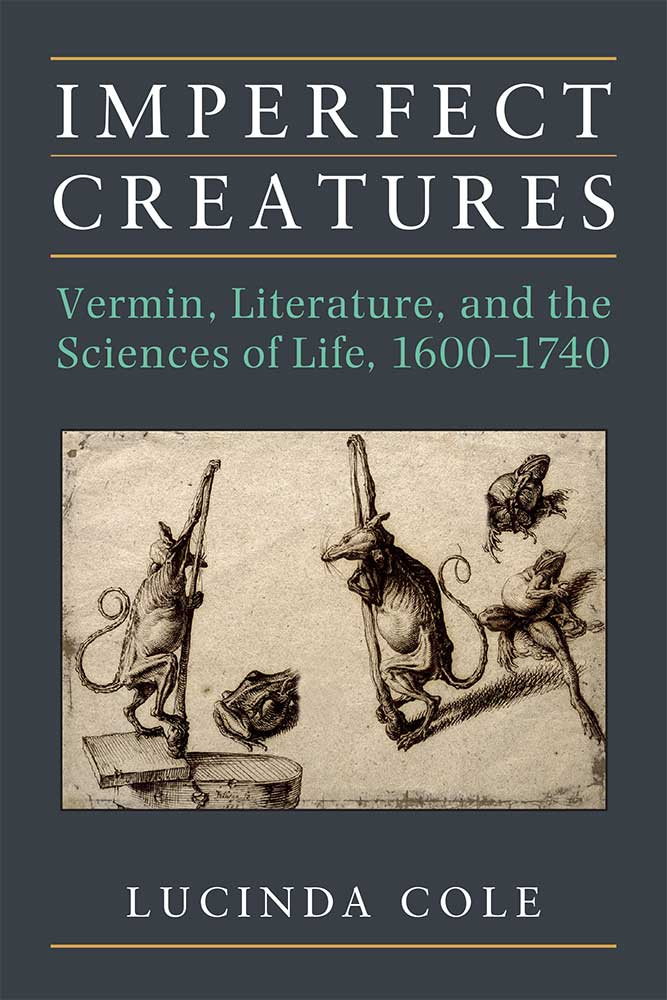 Imperfect Creatures: Vermin, Literature, and the Sciences of Life, 1600-1740

Open Access
Lucinda Cole's Imperfect Creatures offers the first full-length study of the shifting, unstable, but foundational status of "vermin" as creatures and category in the early modern literary, scientific, and political imagination. In the space between theology and an emergent empiricism, Cole's argument engages a wide historical swath of canonical early modern literary texts—William Shakespeare's_ Macbeth_, Christopher Marlowe's The Jew of Malta, Abraham Cowley's The Plagues of Egypt, Thomas Shadwell's The Virtuoso, the Earl of Rochester's "A Ramble in St. James's Park," and Daniel Defoe's Robinson Crusoe and Journal of the Plague Year—alongside other nonliterary primary sources and under-examined archival materials from the period, including treatises on animal trials, grain shortages, rabies, and comparative neuroanatomy.

As Cole illustrates, human health and demographic problems—notably those of feeding populations periodically stricken by hunger, disease, and famine—were tied to larger questions about food supplies, property laws, national identity, and the theological imperatives that underwrote humankind's claim to dominion over the animal kingdom. In this context, Cole's study indicates, so-called "vermin" occupied liminal spaces between subject and object, nature and animal, animal and the devil, the devil and disease—even reason and madness. This verminous discourse formed a foundational category used to carve out humankind's relationship to an unpredictable, irrational natural world, but it evolved into a form for thinking about not merely animals but anything that threatened the health of the body politic—humans, animals, and even thoughts.