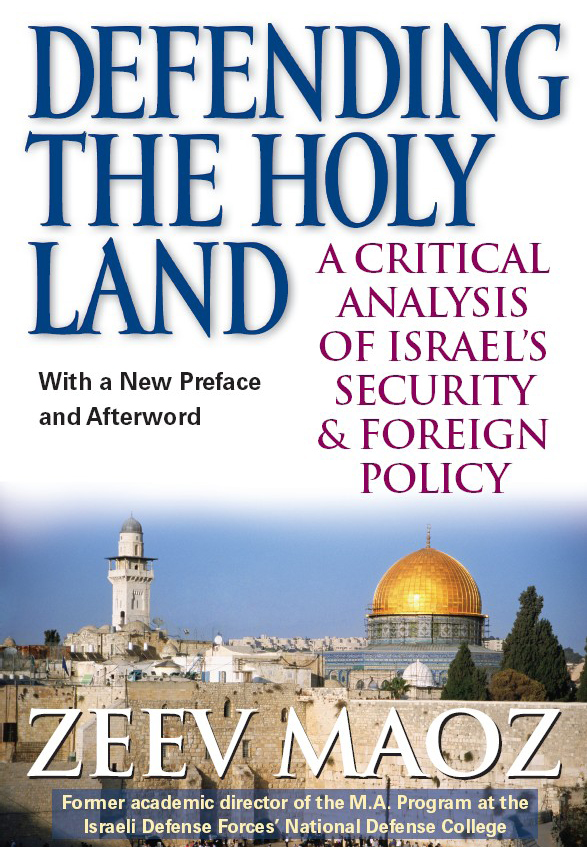 Defending the Holy Land: A Critical Analysis of Israel's Security and Foreign Policy

You do not have access to this book. How to get access.
Defending the Holy Land is the most comprehensive analysis to date of Israel's national security and foreign policy, from the inception of the State of Israel to the present. Author Zeev Maoz's unique double perspective, as both an expert on the Israeli security establishment and esteemed scholar of Mideast politics, enables him to describe in harrowing detail the tragic recklessness and self-made traps that pervade the history of Israeli security operations and foreign policy.

Most of the wars in which Israel was involved, Maoz shows, were entirely avoidable, the result of deliberate Israeli aggression, flawed decision-making, and misguided conflict management strategies. None, with the possible exception of the 1948 War of Independence, were what Israelis call "wars of necessity." They were all wars of choice-or, worse, folly.

Demonstrating that Israel's national security policy rested on the shaky pairing of a trigger-happy approach to the use of force with a hesitant and reactive peace diplomacy, Defending the Holy Land recounts in minute-by-minute detail how the ascendancy of Israel's security establishment over its foreign policy apparatus led to unnecessary wars and missed opportunites for peace.

Zeev Maoz is Professor of Political Science at the University of California, Davis. He is the former head of the Graduate School of Government and Policy and of the Jaffee Center for Strategic Studies at Tel Aviv University, as well as the former academic director of the M.A. Program at the Israeli Defense Forces' National Defense College.

Cover photograph: Israel, Jerusalem, Western Wall and The Dome of The Rock. Courtesy of Corbis.