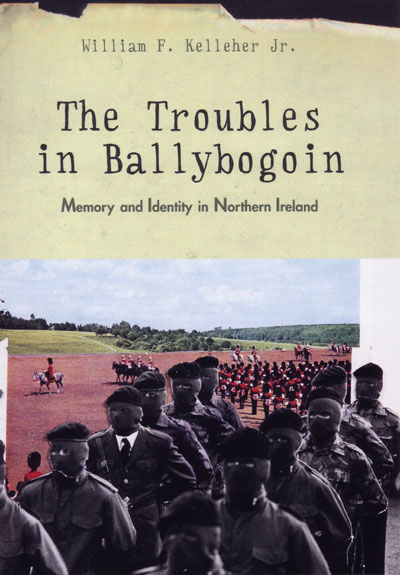 The Troubles in Ballybogoin: Memory and Identity in Northern Ireland

You do not have access to this book. How to get access.
Why are the political polarities of Northern Ireland so intractable? Why, in a society riven by class division, do Northern Ireland's people identify most strongly with the nationalist and religious groupings of British Protestant versus Irish Catholic? Why, after over thirty years of violence and death, is dialogue about the future so difficult to create and sustain?

In The Troubles in Ballybogoin, William F. Kelleher Jr. examines the patterns of avoidance and engagement deployed by people in the western region of Northern Ireland and compares them to colonial patterns of settlement and retreat. The book shows how social memories inform and are strengthened by mundane aspects of daily life—the paths people use to move through communal spaces, the bodily movements involved in informal social encounters that mark political identities, and the "holiday" marches that displace citizens for the day and divide cross-community friendships.

_The Troubles in Ballybogoin _is the story of Ireland, its historical conundrums, its violence. It details the location of historical memory in the politics of the everyday and the colonial modernities that so often nurture long-term conflict.

". . . Bill Kelleher brings the reader in to the heart of Northern Ireland and its long, tragic conflict. Northern Ireland, in all its complexity, is authentically rendered."

-Robert Connolly, writer and co-director, The Road to Reconciliation

". . . this exemplary ethnography is among the best books on Northern Ireland, and one of the very few that makes human sense of daily sectarian life."

"More than a tour-a moving narrative."

"This is a wonderful contribution to Irish studies, postcolonial studies, and anthropology."

"It is a book that will be widely read and greatly appreciated."