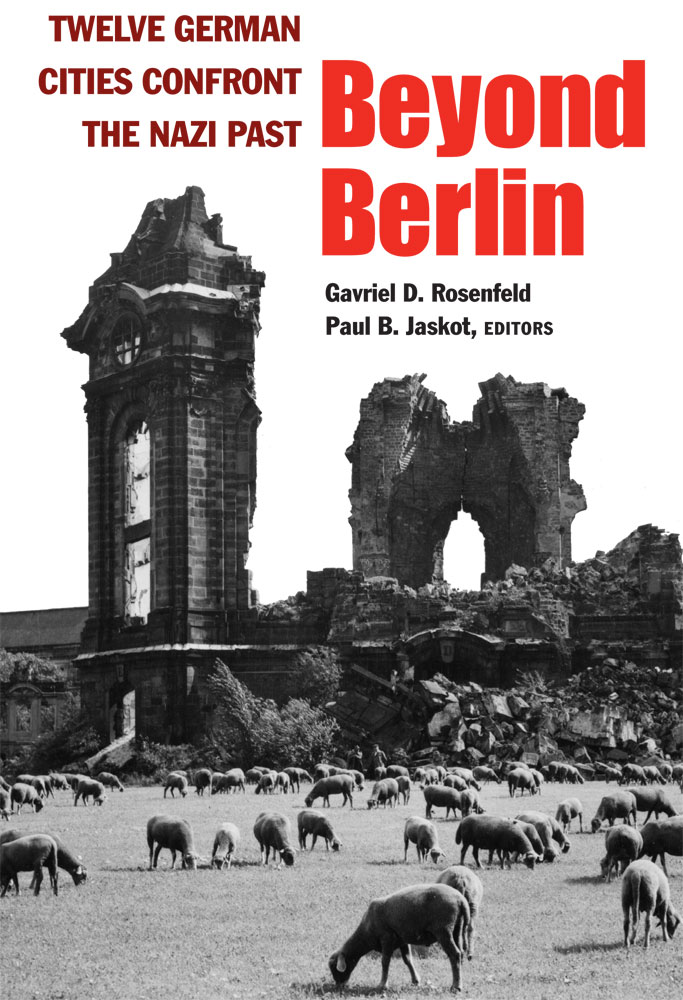 Beyond Berlin: Twelve German Cities Confront the Nazi Past

You do not have access to this book. How to get access.
Beyond Berlin breaks new ground in the ongoing effort to understand how memorials, buildings, and other spaces have figured in Germany's confrontation with its Nazi past. The contributors challenge reigning views of Germany's postwar memory work by examining how specific urban centers apart from the nation's capital have wrestled with their respective Nazi legacies. A wide range of West and East German cities is profiled in the volume: prominent metropolises like Hamburg, dynamic regional centers like Dresden, gritty industrial cities like Wolfsburg, and idyllic rural towns like Quedlinburg. In employing historical, art historical, anthropological, and geographical methodologies to examine these and other important urban centers, the volume's case studies shed new light upon the complex ways in which the confrontation with the Nazi past has directly shaped the German urban landscape since the end of the Second World War.

"Beyond Berlin is one of the most fascinating, deeply probing collections ever published on Germany's ongoing confrontation with its Nazi past. Its editors, Gavriel Rosenfeld and Paul Jaskot, have taken the exploration of Germany's urban memorial landscape to its highest level yet."

---James E. Young, Professor and Chair, Department of Judaic and Near Eastern Studies, University of Massachusetts Amherst, and author of The Texture of Memory and At Memory's Edge

"This is a top-notch collection of essays that positions itself in the populated field of memory studies by bringing together original contributions representing the best of new scholarship on architecture, urban design, monuments, and memory in East and West Germany. Taken together, the essays remind readers that the Nazi past is always present when German architects, urban planners, and politicians make decisions to tear down, rebuild, restore, and memorialize."