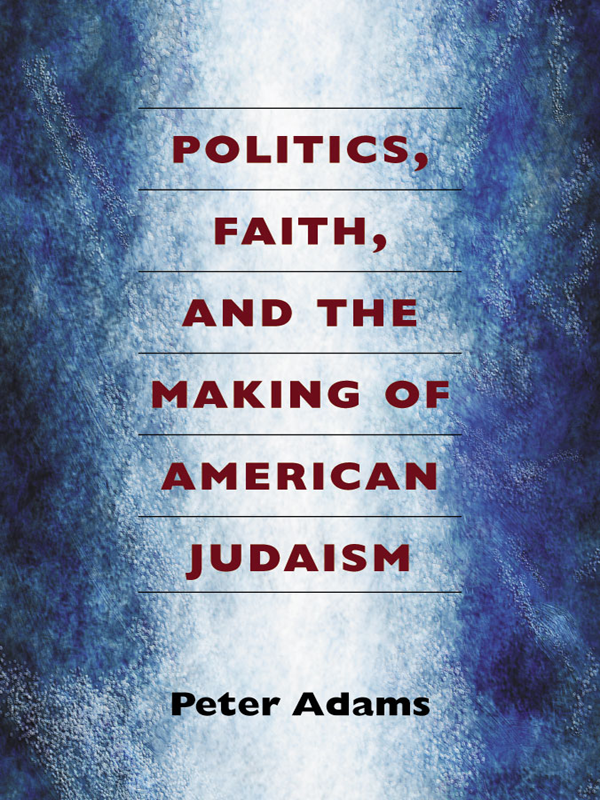 Politics, Faith, and the Making of American Judaism

You do not have access to this book. How to get access.
In 1862, in the only instance of a Jewish expulsion in America, General Ulysses S. Grant banished Jewish citizens from the region under his military command. Although the order was quickly revoked by President Lincoln, it represented growing anti-Semitism in America. Convinced that assimilation was their best defense, Jews sought to Americanize by shedding distinctive dress, occupations, and religious rituals.

American Jews recognized the benefit and urgency of bridging the divide between Reform and Orthodox Judaism to create a stronger alliance to face the challenges ahead. With Grant's 1868 presidential campaign, they also realized they could no longer remain aloof from partisan politics. As they became a growing influence in American politics, both political parties courted the new Jewish vote.

Once in office, Grant took notice of the persecution of Jews in Romania and Russia, and he appointed more Jews to office than any president before him. Indeed, Simon Wolf, a Washington lawyer who became one of Grant's closest advisers, was part of a new generation of Jewish leaders to emerge in the post–Civil War era—thoroughly Americanized, politically mature, and committed to the modernized Judaism of the Reform movement.

In Politics, Faith, and the Making of American Judaism, Peter Adams recounts the history of the American Jewish Community's assimilation efforts, organization, and political mobilization in the late 19th century, as political and cultural imperatives crafted a new, American brand of Judaism.