Mori Ogai; Translated with an Introduction by Burton Watson

Open Access
Read Book Buy Book
Mori Ōgai (1862–1922), one of the giants of modern Japanese literature, wrote The Wild Goose at the turn of the century. Set in the early 1880s, it was, for contemporary readers, a nostalgic return to a time when the nation was embarking on an era of dramatic change. Ōgai's narrator is a middle-aged man reminiscing about an unconsummated affair, dating to his student days, between his classmate and a young woman kept by a moneylender. At a time when writers tended to depict modern, alienated male intellectuals, the characters of The Wild Goose are diverse, including not only students preparing for a privileged intellectual life and members of the plebeian classes who provide services to them, but also a pair of highly developed female characters. The author's sympathetic and penetrating portrayal of the dilemmas and frustrations faced by women in this early period of Japan's modernization makes the story of particular interest to readers today.

Ōgai was not only a prolific and popular writer, but also a protean figure in early modern Japan: critic, translator, physician, military officer, and eventually Japan's Surgeon General. His rigorous and broad education included the Chinese classics as well as Dutch and German; he gained admittance to the Medical School of Tokyo Imperial University at the age of only fifteen. Once established as a military physician, he was sent to Germany for four years to study aspects of European medicine still unfamiliar to the Japanese. Upon his return, he produced his first works of fiction and translations of English and European literature. Ōgai's writing is extolled for its unparalleled style and psychological insight, nowhere better demonstrated than in The Wild Goose. 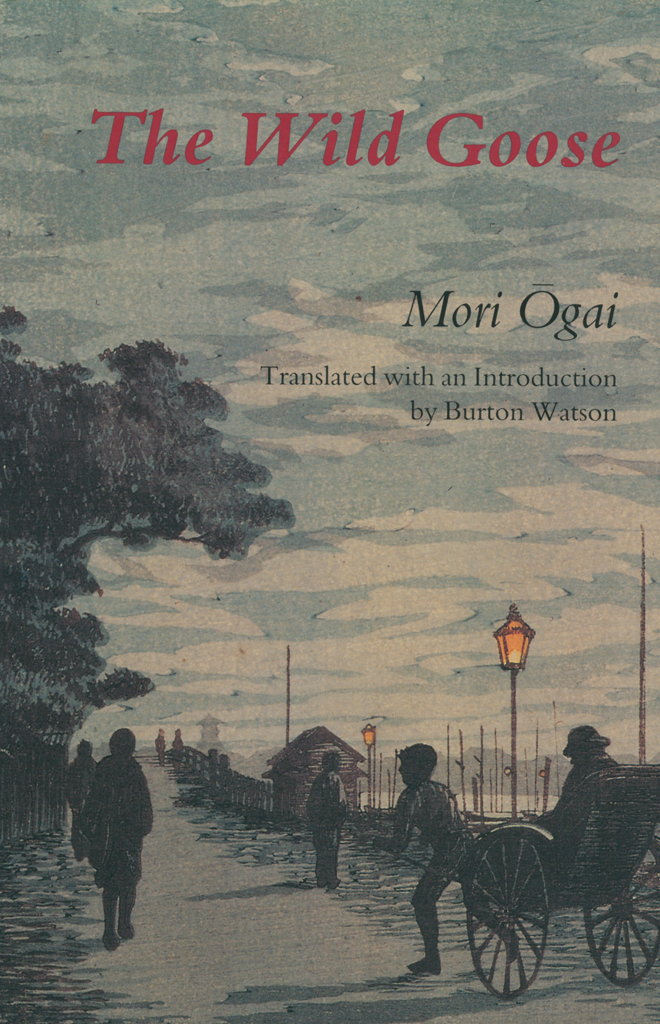