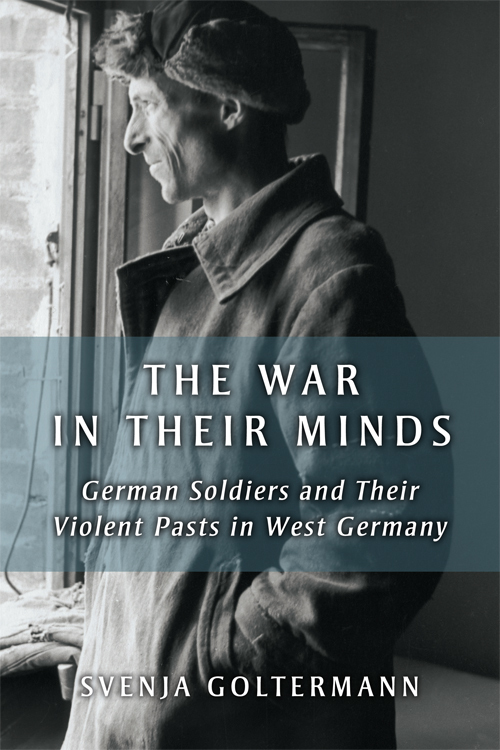 The War in Their Minds: German Soldiers and Their Violent Pasts in West Germany

Svenja Goltermann 2017
Historians are increasingly looking at the sacrifices Germans had to make during World War II. In this context, Svenja Goltermann has taken up a particularly delicate topic, German soldiers' experience of violence during the war, and repercussions of this experience after their return home. Part I of her book explores the ways in which veterans' experiences of wartime violence reshaped everyday family life, involving family members in complex ways. Part II offers an extensive analysis of the psychiatric response to this new category of patient, and in particular the reluctance of psychiatrists to recognize the psychic afflictions of former POWs as constituting the grounds for long-term disability. Part III analyzes the cultural representations of veterans' psychic suffering, encompassing the daily press, popular films, novels, and theater.

Originally published in German as Die Gesellschaft der Uberlebenden, The War in Their Minds examines hitherto unused source material—psychiatric medical files of soldiers—to make clear how difficult it was for the soldiers and their families to readjust to normal, everyday life. Goltermann allows these testimonies of violence, guilt, justification, and helplessness speak for themselves and sensitively explores how the pension claims of returning soldiers were to compete with the claims of the Holocaust victims to compensation.