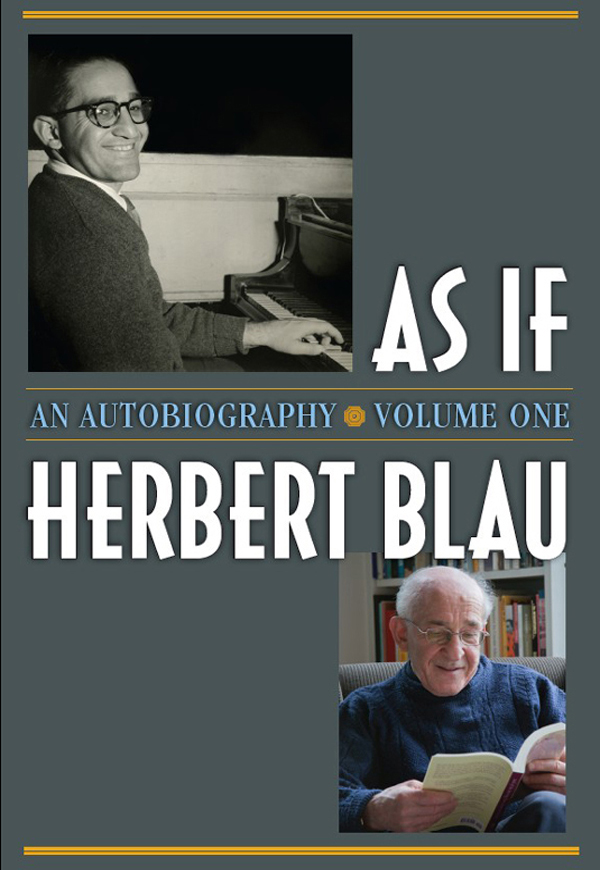 As If: An Autobiography

You do not have access to this book. How to get access.
As If: An Autobiography traces the complex life and career of director, scholar, and theorist Herbert Blau, one of the most innovative voices in the American theater. From his earliest years on the streets of Brooklyn, with gang wars there, to the often embattled, now-legendary Actor's Workshop of San Francisco, the powerfully told story of Blau's first four decades is also a social history, moving from the Great Depression to the cold war, with fallout from "the balance of terror" on what he once described in an incendiary manifesto as The Impossible Theater.

Blau has always forged his own path, from his activist resistance to the McCarthy witch hunts to his emergence as a revolutionary director whose work included the controversial years at The Workshop, which introduced American audiences to major playwrights of the European avant-garde, including Brecht, Beckett, Genet, and Pinter. There is also an account here of that notorious production of Waiting for Godot at the maximum-security prison at San Quentin, which became the insignia of the Theater of the Absurd.

Blau went on from The Workshop to become codirector of the Repertory Theater of Lincoln Center, and then founding provost of California Institute of the Arts, where he developed and became artistic director of the experimental group KRAKEN. Currently Byron W. and Alice L. Lockwood Professor of the Humanities at the University of Washington, Blau has been visionary in the passage from theater to theory, and his many influential and award-winning books include The Dubious Spectacle: Extremities of Theater, 1976–2000; Sails of the Herring Fleet: Essays on Beckett; Nothing in Itself: Complexions of Fashion; To All Appearances: Ideology and Performance; The Audience; The Eye of Prey: Subversions of the Postmodern; and Take Up the Bodies: Theater at the Vanishing Point.

This richly evocative book includes never-before-published photographs of the author, his family and friends, collaborators in the theater, and theater productions.