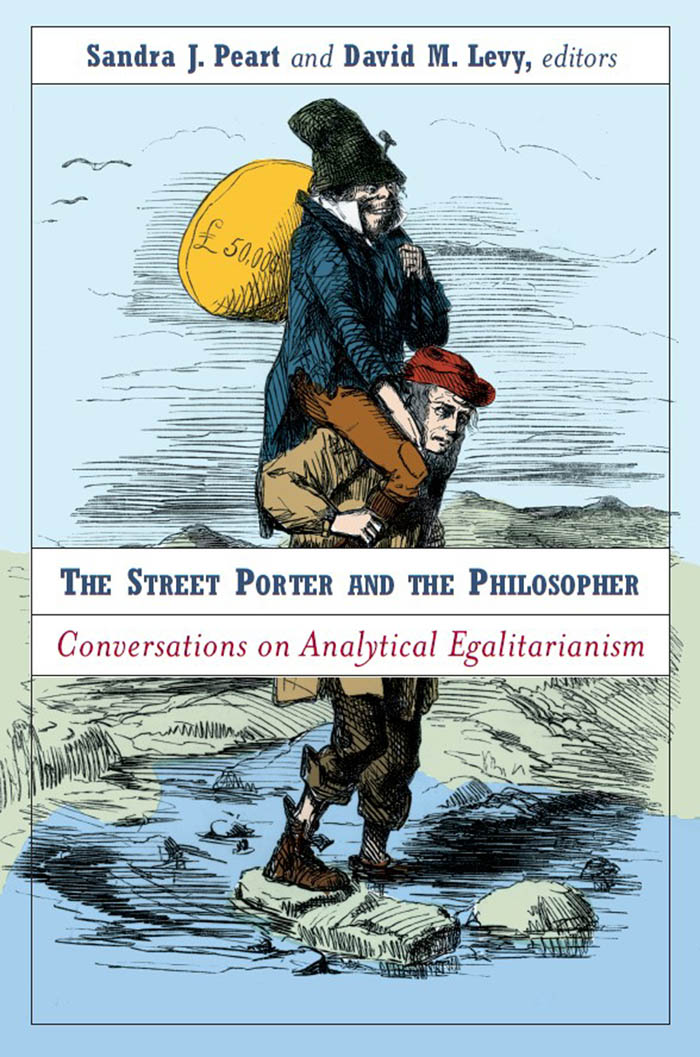 The Street Porter and the Philosopher: Conversations on Analytical Egalitarianism

You do not have access to this book. How to get access.
Adam Smith, asserting the common humanity of the street porter and the philosopher, articulated the classical economists' model of social interactions as exchanges among equals. This model had largely fallen out of favor until, recently, a number of scholars in the avant-garde of economic thought rediscovered it and rechristened it "analytical egalitarianism." In this volume, Sandra J. Peart and David M. Levy bring together an impressive array of authors to explore the ramifications of this analytical ideal and to discuss the ways in which an egalitarian theory of individuality can enable economists to reconcile ideas from opposite ends of the political spectrum.

"The analytical egalitarianism project that Peart and Levy have advanced has come to occupy a prominent place in the current agenda of historians of economic thought."

---Ross Emmett, Associate Professor of Economics and Co-Director of the Michigan Center for Innovation and Economic Prosperity, Michigan State University

"These essays and dialogs from the Summer Institute would make Adam Smith, economist and moral philosopher, proud."

Sandra J. Peart is Dean of the Jepson School of Leadership Studies, University of Richmond, Virginia.

David M. Levy is Professor of Economics at George Mason University (GMU) and Research Associate at the Center for Study of Public Choice at GMU.

They are Co-Directors of George Mason University's Summer Institute for the Preservation of the History of Economics.