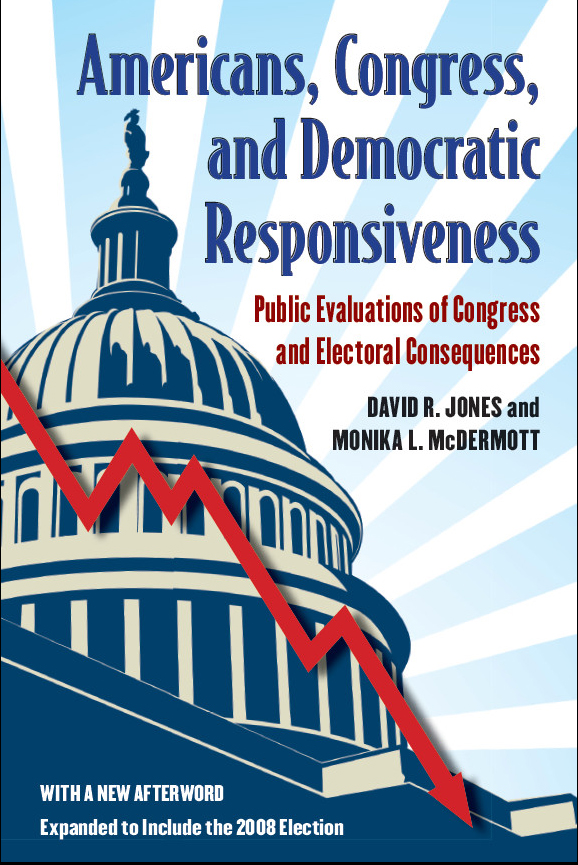 You do not have access to this book. How to get access.
"Jones and McDermott restore meaning to democratic responsibility by finding that public evaluations affect Congress. In contrast to the popular depiction of the representatives controlling the represented

rampant in the political science literature, Jones and McDermott show that the people are in control, determining not only the direction of policy in Congress, but also who stays, who retires, and who faces difficult reelection efforts. This book makes an important correction to our understanding of how Congress operates."

Voters may not know the details of specific policies, but they have a general sense of how well Congress serves their own interests; and astute politicians pay attention to public approval ratings. When the majority party is unpopular, as during the 2008 election, both voters and politicians take a hand in reconfiguring the House and the Senate. Voters throw hard-line party members out of office while candidates who continue to run under the party banner distance themselves from party ideology. In this way, public approval directly affects policy shifts as well as turnovers at election time. Contrary to the common view of Congress as an insulated institution, Jones and McDermott argue that Congress is indeed responsive to the people of the United States.