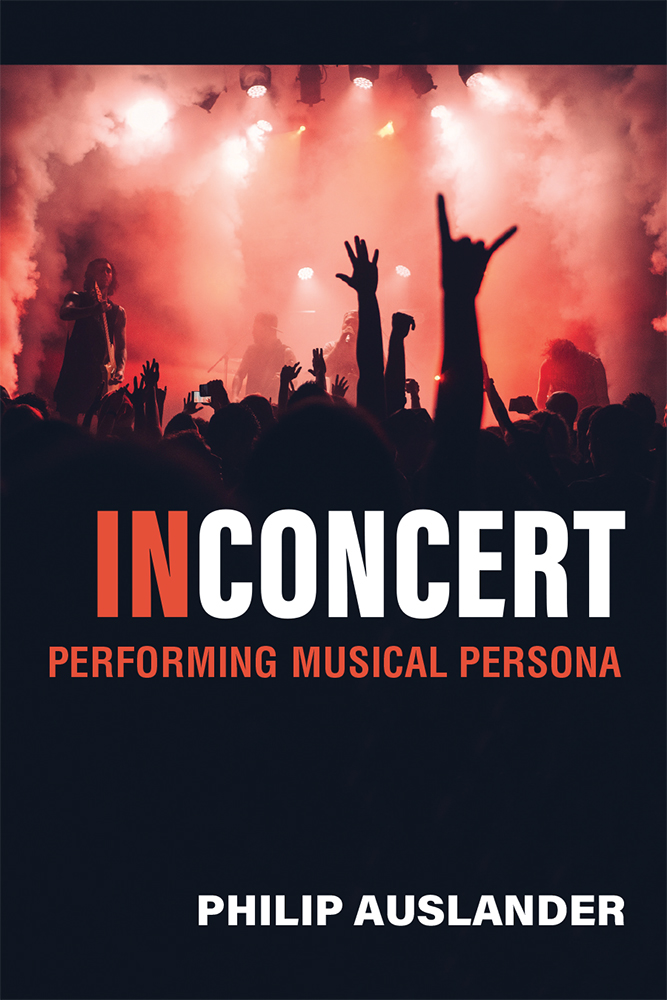 You do not have access to this book. How to get access.
The conventional way of understanding what musicians do as performers is to treat them as producers of sound; some even argue that it is unnecessary to see musicians in performance as long as one can hear them.  But musical performance, counters Philip Auslander, is also a social interaction between musicians and their audiences, appealing as much to the eye as to the ear. In Concert: Performing Musical Persona he addresses not only the visual means by which musicians engage their audiences through costume and physical gesture, but also spectacular aspects of performance such as light shows.

Although musicians do not usually enact fictional characters on stage, they nevertheless present themselves to audiences in ways specific to the performance situation.  Auslander's term to denote the musician's presence before the audience is musical persona.  While presence of a musical persona may be most obvious within rock and pop music, the book's analysis extends to classical music, jazz, blues, country, electronic music, laptop performance, and music made with experimental digital interfaces. The eclectic group of performers discussed include the Beatles, Miles Davis, Keith Urban, Lady Gaga, Nicki Minaj, Frank Zappa, B. B. King, Jefferson Airplane, Virgil Fox, Keith Jarrett, Glenn Gould, and Laurie Anderson.

Your search has returned 3 resources attached to In Concert: Performing Musical Persona

Darius Rucker in the music video for "Wagon Wheel," 2013

Figure 12. Darius Rucker assumes the persona of an itinerant country musician. Still from the music video for “Wagon Wheel” (2013).

Figure 21. Nicki Minaj portraying one of many fairy-tale-related characters in a still from the music video for “Va Va Voom” (2012), directed by Hype Williams.

Figure 22. One of the many versions of Lady Gaga to appear in the music video for “Bad Romance” (2009), directed by Francis Lawrence, from which this image is a still.