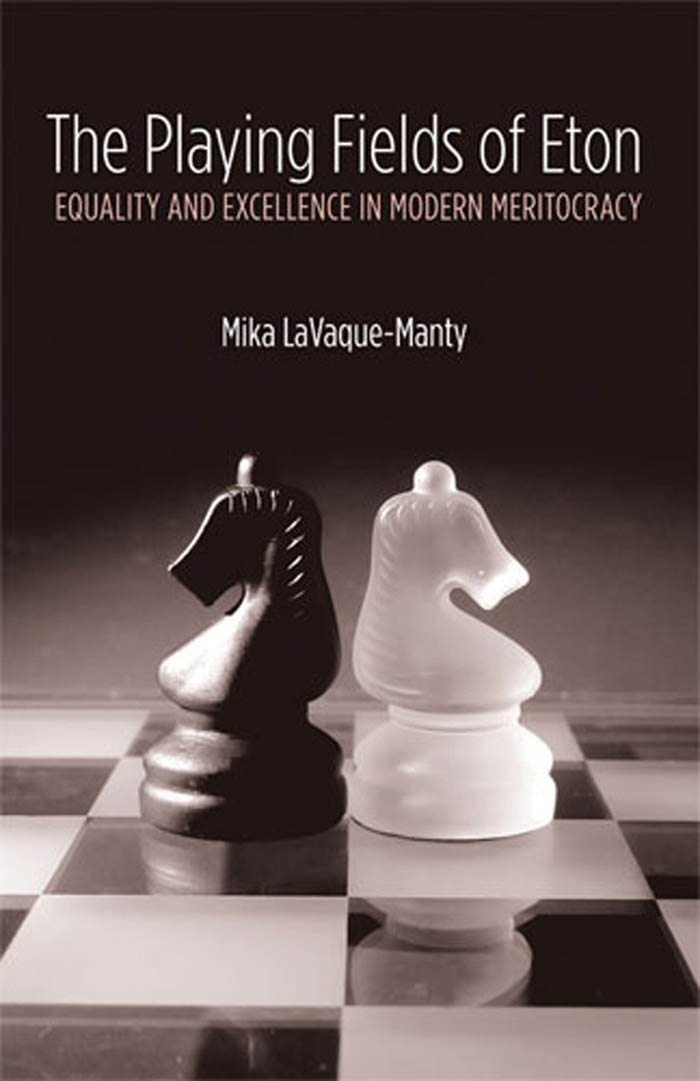 The Playing Fields of Eton: Equality and Excellence in Modern Meritocracy

You do not have access to this book. How to get access.
"Beautifully written and brilliantly argued, The Playing Fields of Eton takes us on a three-century tour of modern mental and physical life. We visit gymnasiums and dueling fields, murderball courts and Olympic venues, and while immersed in thought-provoking stories of people wrestling with the twin pursuit of equality and excellence, we find ourselves learning what it might mean to be modern. With equal measures of erudition and gentle humor, Mika LaVaque-Manty convincingly refutes the view that egalitarian progress forecloses possibilities for human excellence."

"A very insightful and clearly written philosophical inquiry into the nature of sport."

"A marvelously original analysis of the tensions---and interdependence---between equality and excellence in modern political life. From eighteenth-century dueling to contemporary doping in sports, LaVaque-Manty illuminates the bodily life of democracy at play, and challenges us to think in new ways about the connections between achievement and autonomy. The Playing Fields of Eton is an important book that pushes liberal and democratic theory in fruitful new directions."

Can equality and excellence coexist? If we assert that no person stands above the rest, can we encourage and acknowledge athletic, artistic, and intellectual achievements? Perhaps equality should merely mean equality of opportunity. But then how can society reconcile inherent differences between men and women, the strong and the weak, the able-bodied and the disabled?

In The Playing Fields of Eton, Mika LaVaque-Manty addresses questions that have troubled philosophers, reformers, and thoughtful citizens for more than two centuries. Drawing upon examples from the eighteenth-century debate over dueling as a gentleman's prerogative to recent controversies over athletes' use of performance-enhancing drugs, LaVaque-Manty shows that societies have repeatedly redefined equality and excellence. One constant remains, however: sports provide an arena for working out tensions between these two ideals.

Just as in sports where athletes are sorted by age, sex, and professional status, in modern democratic society excellence has meaning only in the context of comparisons among individuals who are, theoretically, equals. LaVaque-Manty's argument will engage philosophers, and his inviting prose and use of familiar illustrations will welcome nonphilosophers to join the conversation.

Mika LaVaque-Manty is Associate Professor of Political Science at the University of Michigan.