You don't have access to this book. Please try to log in with your institution. Log in
Read Book Buy Book
Staged Readings studies the social consequences of 19th-century America's two most prevalent leisure forms: theater and popular literature. In the midst of watershed historical developments—including numerous waves of immigration, two financial Panics, increasing wealth disparities, and the Civil War—American theater and literature were developing at unprecedented rates. Playhouses became crowded with new spectators, best-selling novels flew off the shelves, and, all the while, distinct social classes began to emerge. While the middle and upper classes were espousing conservative literary tastes and attending family matinees and operas, laborers were reading dime novels and watching downtown spectacle melodramas like Nymphs of the Red Sea and The Pirate's Signal or, The Bridge of Death!!! As audiences traveled from the reading parlor to the playhouse (and back again), they accumulated a vital sense of social place in the new nation. In other words, culture made class in 19th-century America.

Based in the historical archive, Staged Readings presents a panoramic display of mid-century leisure and entertainment. It examines best-selling novels, such as Harriet Beecher Stowe's Uncle Tom's Cabin and George Lippard's The Quaker City. But it also analyzes a series of sensational melodramas, parlor theatricals, doomsday speeches, tableaux vivant displays, curiosity museum exhibits, and fake volcano explosions. These oft-overlooked spectacles capitalized on consumers' previous cultural encounters and directed their social identifications. The book will be particularly appealing to those interested in histories of popular theater, literature and reading, social class, and mass culture. 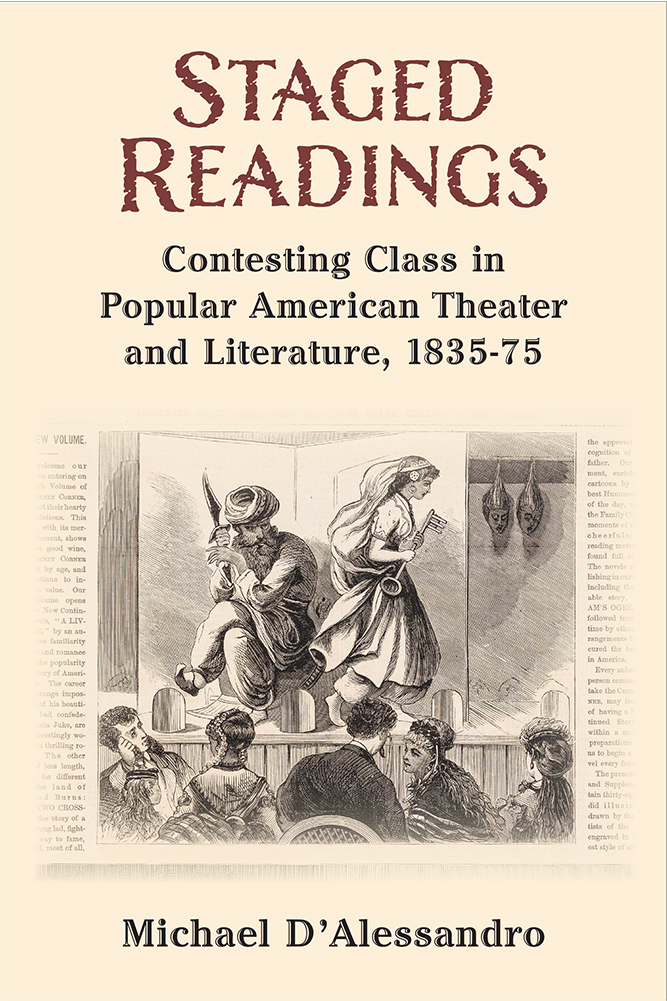 Fig. 1. Postcard of Mrs. Jarley from Charles Dickens’s The Old Curiosity Shop, published by Stewart & Woolf, ca. 1909. Performing the role for over thirty years, Alcott usually wore a large black dress and a poke bonnet, and she carried an umbrella and a basket as she pointed out the different wax figures. Photograph © 2022 Museum of Fine Arts, Boston.

Fig. 2. F. O. C. Darley’s frontispiece illustration, from George Lippard, The Quaker City; or, The Monks of Monk Hall: A Romance of Philadelphia Life, Mystery, and Crime (Philadelphia: Published by the Author, 1845). The Library Company of Philadelphia. 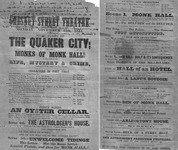 Fig. 3. Playbill for The Quaker City; or, The Monks of Monk Hall, Chestnut Street Theatre, November 11, 1841. Reproduced with permission from the Historical Society of Pennsylvania. (Note: the playbill has been split into two parts for legibility.)

"The News-Boy in the Pit of the Chatham Theatre"

Fig. 4. Image of a newsboy at New York’s Chatham Theatre. The text on his ticket name-checks the famous melodrama actor James Kirby, known for his exaggerated death scenes. From “The News-Boy in the Pit of the Chatham Theatre,” Rural Repository (Hudson, NY), May 23, 1846. Courtesy American Antiquarian Society.

"The Drunkard's Home" from The National Temperance Offering

Figs. 7 and 8. “The Drunkard’s Home” (top) and “The Temperance Home” (bottom). Art by T. H. Matteson. From The National Temperance Offering, and the Sons and Daughters of Temperance Gift, ed. S[amuel] Fenton. The Library Company of Philadelphia.

Figs. 7 and 8. “The Drunkard’s Home” (top) and “The Temperance Home” (bottom). Art by T. H. Matteson. From The National Temperance Offering, and the Sons and Daughters of Temperance Gift, ed. S[amuel] Fenton. The Library Company of Philadelphia.

Frontispiece, A Long Voyage in a Leaky Ship 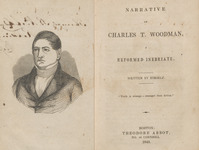 Playbill, The Octoroon, original production at the Winter Garden Theatre

Fig. 13. Playbill for the first performance of The Octoroon, produced at the Winter Garden Theatre, New York, December 6, 1859. Front of playbill (left) and back of playbill (right). If looking only at the front of the bill, passersby may have only seen the limited text, which omits most details of enslaved life at Terrebonne. By contrast, the back side highlights the numerous locations and scenes focused on slavery as well as the featured Black characters. Harry Ransom Center, University of Texas at Austin. 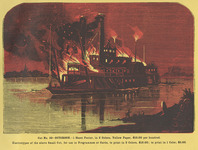 Custom woodcut, explosion of the Magnolia steamship, The Octoroon

Fig. 14. “Explosion of the Magnolia steamship,” from The Octoroon, woodcut printed in Specimens of Theatrical Cuts (Philadelphia: Ledger Job Printing Office, ca. 1869). Theater managers could peruse images in the Specimens book and buy copies of relevant woodcuts to help animate their playbills. For-sale prices were listed below each illustration. This picture of the burning ship—and notably not an image featuring Zoe or any other character—was the most common one for US Octoroon playbills in the 1860s. The Library Company of Philadelphia.

Fig. 15. A rendering of the auction scene from a production of The Octoroon at London’s Adelphi Theatre, November 1861. From The Illustrated London News, November 30, 1861. NYU Bobst Special Collections, SpecCol AP4 .I5 Oversize, New-York Historical Society.

Fig. 16. Illustration of Aurore being escorted to an auction of her own sale. From Mayne Reid, The Quadroon; or, A Lover’s Adventures in Louisiana (New York: R. M. De Witt, 1856), 307. Courtesy John Hay Library, Brown University.

Fig. 17. Playbill for The Octoroon and “Address to the American Flag of Our Union!” Metropolitan Theatre/Farrar Hall, Erie, Pennsylvania. May 8, 1861. Courtesy Mary Glen Chitty.

The homemade drop curtain, from George Arnold's The Sociable

Fig. 18. The homemade drop curtain, from George Arnold and Frank Cahill, The Sociable; or, One Thousand and One Home Amusements (New York: Dick & Fitzgerald, 1858), 11. Courtesy, the Winterthur Library: Printed Book and Periodical Collection. 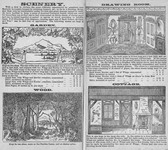 Fig. 19. Various room-size scenery for sale by publisher Samuel French. From Eden Phillpotts and Charles Groves, A Golden Wedding (New York: Samuel French, 1899). Although these specific illustrations derive from a late-century play text, identical scenery was advertised (but not illustrated) in French’s American parlor guides of the 1860s and 1870s. French kept several scenes on display at its publication headquarters (both in New York and London), and large versions of the scenes could stretch thirteen feet long by nine feet high. Optional borders and wings would expand the scenes to twenty feet long by eleven-and-a-half feet high. The advertisements specify that a painted scene could be purchased either as one large preassembled mount or as thirty separate pieces to be reconfigured within the home. Courtesy Widener Library, Harvard University.