Conflicting Counsels to Confuse the Age: A Documentary Study of Political Economy in Qing China, 1644–1840

In translating these primary sources, Helen Dunstan invites fellow specialists in Chinese studies, including Qing historians, to watch Qing officials and others thinking through problems of political economy and developing arguments to persuade colleagues or superiors. By emphasizing their rhetorical nature and genre conventions, Dunstan offers a reminder that it is improper to use the "information" in such texts without attention to the author's purpose, and without grasping the rhetorical structure of the text as a whole. As a model for close reading, Conflicting Counsels aims to induce greater sensitivity to the nature of Qing records.

The second purpose of Conflicting Counsels is to help dispel the notion that economic liberalism is necessarily a Western, "modern" phenomenon. Many of the texts translated record areas of tension and controversy in eighteenth-century approaches to a central project of Confucian paternalist administration, "nourishing the people" (yangmin). Although Dunstan attempts to present both sides fairly, some materials included present the opinion that, in certain vital matters, it was better for the state to stand aside, and leave society's own economic institutions, trade in particular, to handle things. While not a majority, the texts that build some kind of market mechanism argument should be of greatest interest to Qing historians. 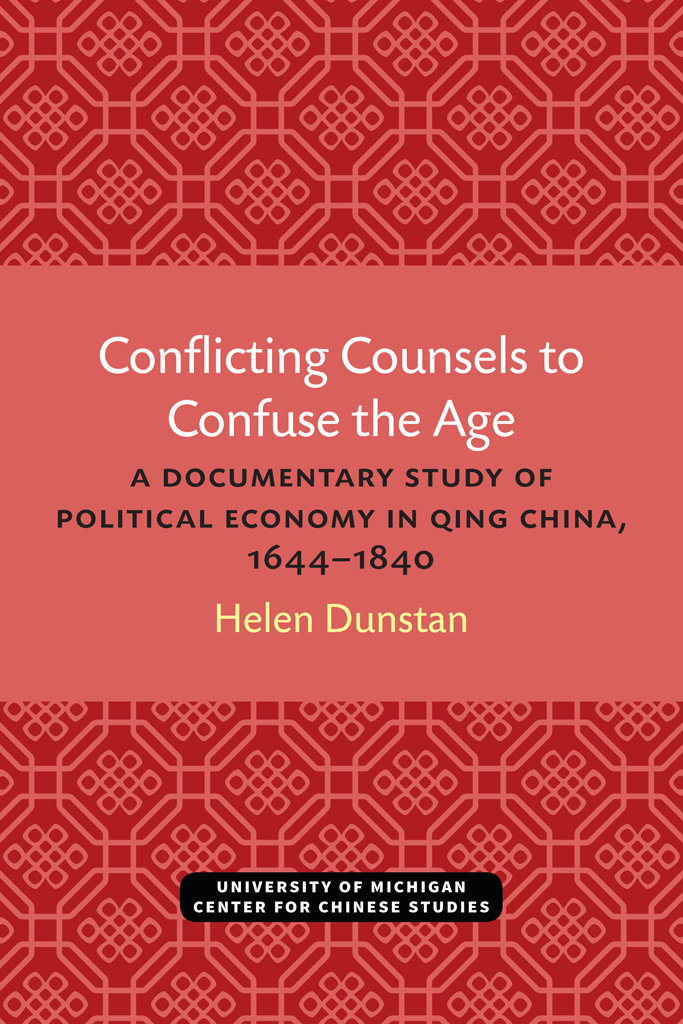