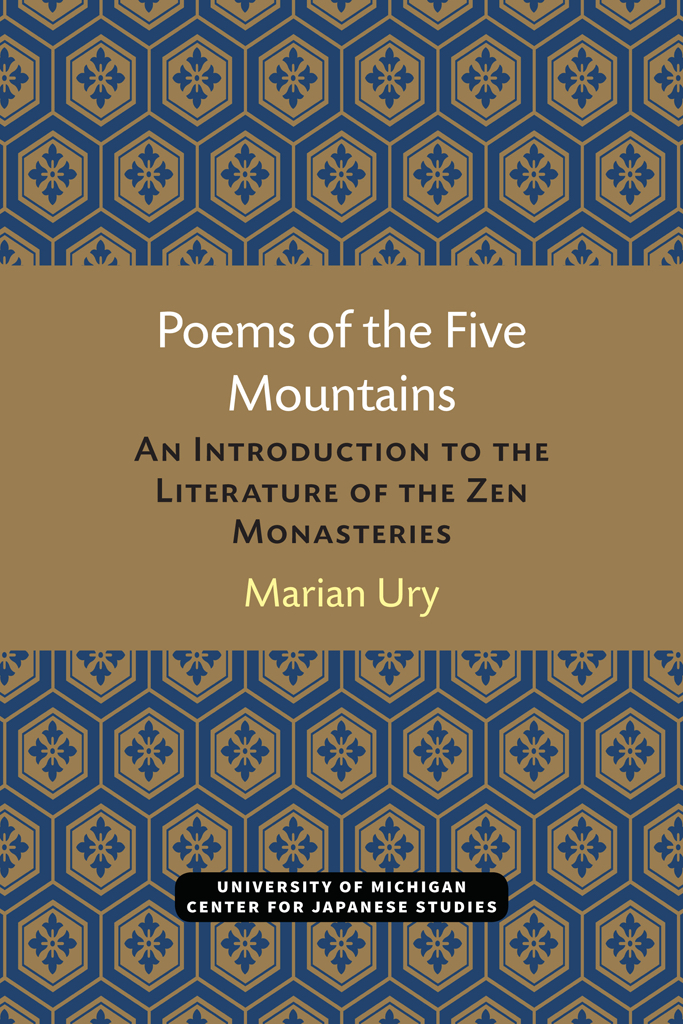 Poems of the Five Mountains: An Introduction to the Literature of the Zen Monasteries

Open Access
This second, revised edition of a pioneering volume, long out of print, presents translations of Japanese Zen poems on sorrow, old age, homesickness, the seasons, the ravages of time, solitude, the scenic beauty of the landscape of Japan, and monastic life. Composed by Japanese Zen monks who lived from the last quarter of the thirteenth century to the middle of the fifteenth century, these poems represent a portion of the best of the writing called in Japanese gozan bungaku, "literature of the five mountains."

"Five mountains" or "five monasteries" refers to the system by which the Zen monasteries were hierarchically ordered and governed. For the monks in the monasteries, poetry functioned as a means not only of expressing religious convictions and personal feelings but also of communicating with others in a civilized and courteous fashion. Effacing barriers of time and space, the practice of Chinese poetry also made it possible for Japanese authors to feel at one with their Chinese counterparts and the great poets of antiquity. This was a time when Zen as an institution was being established and contact with the Chinese mainland becoming increasingly frequent—ten of the sixteen poets represented here visited China.

Marian Ury has provided a short but substantial introduction to the Chinese poetry of Japanese gozan monasteries, and her translations of the poetry are masterful. Poems of the Five Mountains is an important work for anyone interested in Japanese literature, Chinese literature, East Asian Religion, and Zen Buddhism.

130 views since May 20, 2020
x This site requires cookies to function correctly.