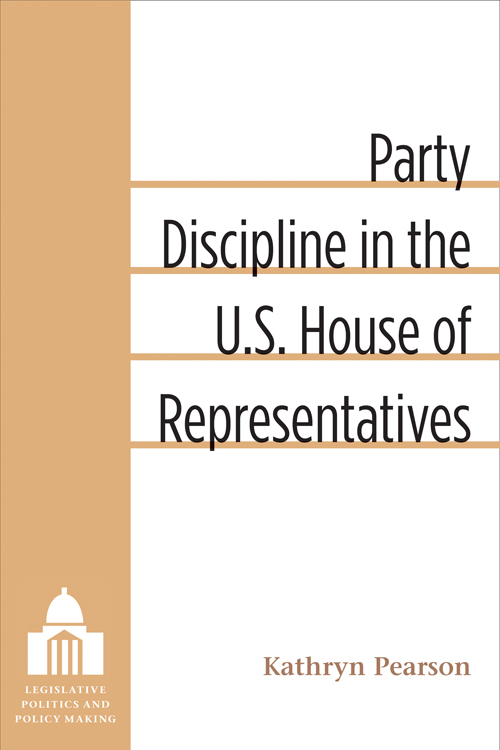 Party Discipline in the U.S. House of Representatives

Kathryn Pearson 2015
Political party leaders in the U.S. House of Representatives command greater loyalty than ever from fellow party members in roll call votes, campaign contributions, and partisan speeches. In return, leaders reward compliant members with opportunities to promote constituent interests and to advance their own political careers. Denial of such privileges as retribution against those who don't fully support the party agenda may significantly damage a member's prospects.

Kathryn Pearson examines the disciplinary measures that party leaders in the U.S. House of Representatives employ to exact such loyalty, as well as the consequences for a democratic legislature. Drawing upon data from 1987–2010, Pearson identifies the conditions under which party leaders opt to prioritize policy control and those which induce them to prioritize majority control. She then assesses the ways in which these choices affect, on one hand, the party's ability to achieve its goals, and on the other hand, rank-and-file members' ability to represent their constituents. Astute party leaders recognize the need for balance, as voters could oust representatives who repeatedly support the party's agenda over their constituents' concerns, thereby jeopardizing the number of seats their party holds.

In her conclusion, Pearson discusses the consequences of party discipline such as legislative gridlock, stalled bills, and proposals banned from the agenda. Although party discipline is likely to remain strong as citizens become more cognizant of enforced party loyalty, their increasing dissatisfaction with Congress may spur change.