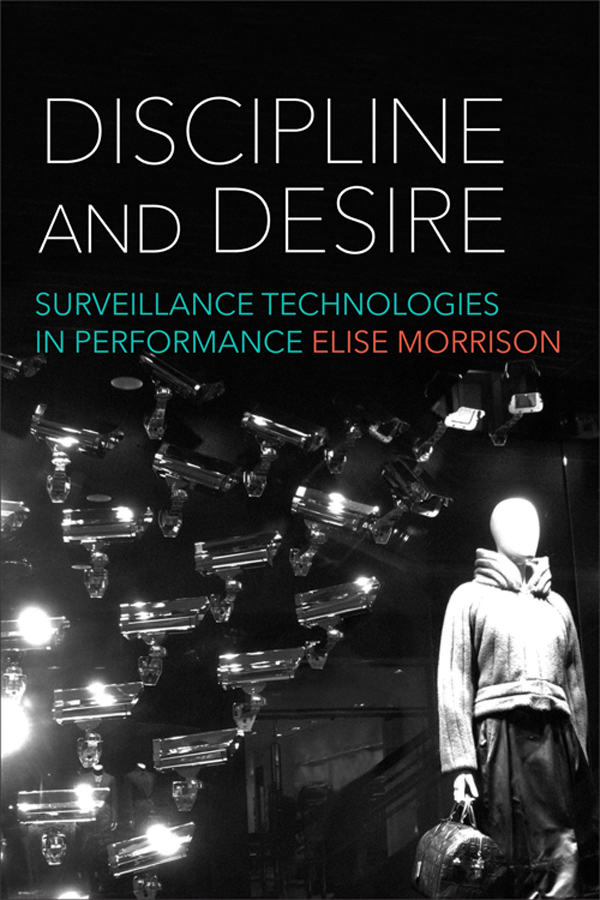 While the subject of surveillance continues to provoke fascination and debate in mainstream media and academia, opportunities to critically reflect upon and, more importantly, to imagine alternative, creative responses to living in a rapidly expanding surveillance society have been harder to find. Author Elise Morrison argues that such opportunities are being created through the growing genre of "surveillance art and performance," defined as works that centrally employ technologies and techniques of surveillance to create theater, installation, and performance art. Introducing readers to a broad range of surveillance art works, including the work of artists and activists such as Surveillance Camera Players, Jill Magid, Steve Mann, Hasan Elahi, Wafaa Bilal, Blast Theory, Electronic Disturbance Theater, George Brant, Janet Cardiff, Mona Hatoum, and Zach Blas, Discipline and Desire provides a practical and analytical framework that can aid the diverse pursuits of new media-arts practitioners, performance scholars, activists, and hobbyists interested in critical and creative uses of surveillance technologies.